Buying RuneScape gold might be the fastest way to gain some in-game wealth cheap and easy. But if you only need some extra coins to extend your membership or you actually wish to sell some RuneScape gold and make real money out of the game you love, there are some relatively easy ways to increase your wealth. Last time we’ve covered several different ways free-to-play players could use to earn some easy money and now we are going to introduce several ways only pay-to-play players can use to earn some RuneScape gold. There’s no hiding the fact that P2P money making methods are better.

Dig through the patch in the garden in Falador. As soon as you do that, you can drop the spade and continue on finding the mole marked on your minimap. Don’t forget to use your light source! Once in giant mole’s vicinity, eat dwarven rock cake until your HP reaches 1. This is needed for the Dharok’s set to be most efficient, since the Dharok’s greataxe's damage is inversely proportional to HP you have – less HP = more damage. Having four parts of Dharok’s equipment gives you a sweet bonus percentage to this effect which almost doubles the damage dealt. All you have to do now is use those steroid potions you brought, use prayer Protect from Melee and hack the hell out of that overgrown pest. This method might not be for some, even though it is one of the best money makers, because the mole sometimes burrows underground and you have to look for it and some might find this a bit frustrating. For this reason you need to bring Falador shield when venturing into those caves, since then you don’t need to search blindly (pun intended) for the giant mole and you can also counter its habit of digging away by bringing with you a weapon and equipment with more precision bonuses (like abyssal whip, for example) and swap from Dharok’s to them when mole gets to low HP. This way there’s less chance of it getting away. This money making method will get you around 1m per hour and you may also add an additional pet to your collection. You can also exchange mole skins and claws to bird nests with Wyson, the gardener. This method may be a bit unreliable, since what you get from bird nests might be of lower value than that what you exchanged, but if you exchange loot you got from giant mole in bulk, you might actually end up earning a lot more.

TIP: Most of the items on the requirement list can be swapped for other items (including supplies), this is just the most efficient way to do it. This method is doable with other items as well, though your profit margins might suffer, less profit is better than no profit at all. However, having something powerful like Twisted Bow might increase your profits from 1m to around 1.5m.

This money making method is quite simple and fast when using the right equipment. All you have to do is teleport to Morytania Slayer Tower using your Slayer ring and whoosh – you’re there. Once in there you can use the shortcut to go up to Gargoyles (a chain hanging from the ceiling) or simply run upstairs if your agility level is too low for that. Do not forget to use the nose peg and Protect from Magic since aberrant spectres can mess things up entirely by draining your stats if they attack you. After reaching the top of the tower where a bunch of gargoyles are hanging around, you can drop the nose peg and start dismantling those magic beasts. As mentioned before, rock hammer is a must-have. The place might be crowded and you have to figure out whether it will be worthwhile or not. This money making method will get you around 500-600k per hour. That of course depends on how much people are doing this and putting items for sale on the Grand Exchange.

Requirements:
10k gp to start with

What you need to do is go to Tree Gnome Stronghold. The easiest way to do it is through Spirit tree north-east of the Grand Exchange. Once there, go north to where the king is, climb up the treehouse and you will instantly see a bank to the south and the shop you’ll be trading a lot with to the north-west. Trade with Hudo at Grand Tree Groceries, buy items, bank them, repeat. Grand Tree Groceries sells a lot of various items but not all of them are as profitable as others and you should also check prices at the GE before doing this method, because prices there vary and you may see that some items might not be worth your time and/or your GE slots. Items you should look out for are:
Limes
Oranges
Lemons
Pineapples
Dwellberries
Equa leaves

TIP: You’ll have to run quite a bit, thus you might consider going there with low weight equipment or completely naked. Also, having some stamina potions in your bank might be useful, since you can get a quick fix, put the potion in the bank and run to the shop only with your gold in inventory. Don’t wait for the store’s stock to replenish, instead hop to a different world and buy the goods in that alternative universe. If you notice that there’s a shortage of goods throughout every world you hop to, you can also buy some items from Heckel Funch who is to the east of the treehouse. This is an alternative further from bank and should be used only if worth the additional effort.

Many creatures hanging around the Wilderness can get you a decent loot and Lava Dragons are no exception. This money making method is one of the easier ones as you don’t need to have extremely good equipment. All you need to do is get to the Lava Dragon Isle whether on foot or using the canoe and start killing the dragons. Ability to use the shortcut to the south can be very useful if you encounter some PKers (bringing some stamina potions is recommended as well). This method should get you around 700k-750k gold as well as some nice combat XP. 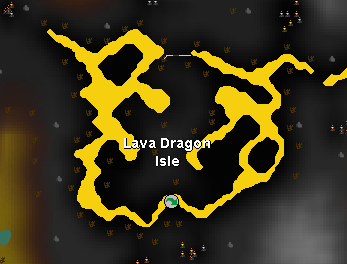 TIP: If you get PKed a lot (sometimes you will be, that’s why you don’t bring your best stuff with you) you can try hopping worlds. In case that does not help and you see that you won’t profit from this then either try using this money making method when there’s less activity (like in the morning, for example) or switch to a different money making method.

Hunting Black Chinchompas is fun and profitable, yet dangerous as the hunting spot is in level 32 Wilderness. All you need to do is set all six traps in the hunting spot. You might want to kill a black chinchompa before setting your traps and wait for it to respawn to see the exact location best suited for your traps. Once in your inventory black chinchompas are a stackable item, so you don’t need to worry about bringing a looting bag. Just set your traps and catch those pesky rodents until you’re satisfied with your catch. This method will get your around 750k to 1m gold per hour and you will also get hunter experience (around 125k-150k), so not only will you profit a lot you will also get XP. A good money maker if you’re not worried about upsetting PETA.

TIP: This hunting spot is in the Wilderness so beware of PKers! Consider bringing some food, prayer potions, stamina potions or teleport tabs! You can also save up to 3 items, so you can bring some armor as well.

Humanity was fighting evil from within and without for all of its written history and one form of this evil is demons. It’s no surprise that many fictional worlds have them in some form or another and Old School RuneScape is no exception. Killing Abyssal demons is somewhat luck-based money making method since most of your profits rely on rare drops such as Abyssal whip and Abyssal dagger (wouldn’t count on the latter too much, though, but good luck nonetheless). On average, your profits would be around 600k per hour and some nice combat XP, but you may get lucky and get two Abyssal whips in an hour and earn 6m! Or get unlucky and farm four hours for only a single whip. Whatever the case, this method is definitely worth trying out, especially for gambling types. 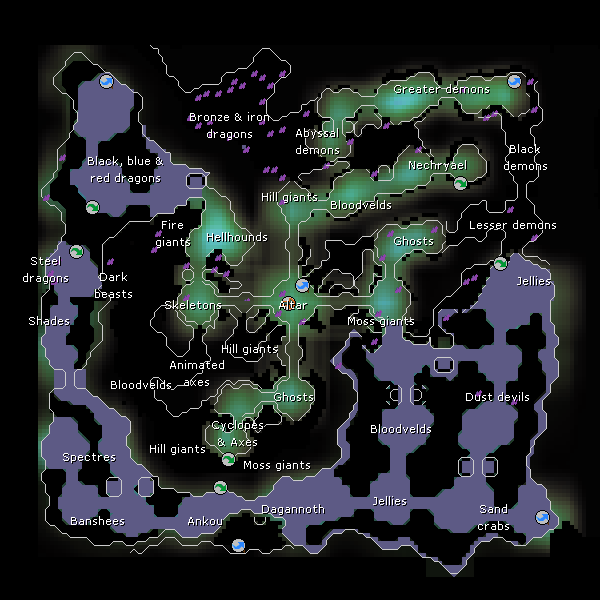 This money making method will let you enjoy premium quality zombie killing while earning a decent amount of coins as well. Zogres are in a very nice spot just South of Castle Wars, meaning that they can be reached easily and you’re not risking to be PKed.  Each Zogre drops a guaranteed loot which is Zogre bones and Ogre coffin key. If you’re not desperate to level up your Prayer then don’t even bother picking up Zogre bones, for they don’t give much Prayer XP and although their price is around 600gp, no one would really buy them for that same reason that they don't give much XP. What you’re interested in is Ogre coffin keys which sell at around 1k gp each. So this time your profits completely depend on how quick your fingers are and how much damage you deal. 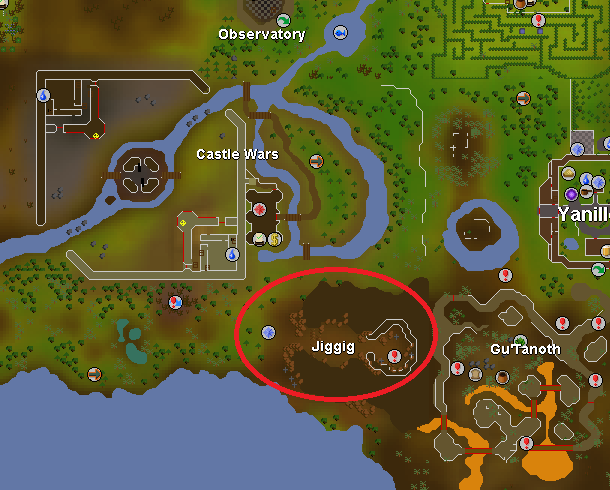 TIP: Consider using range equipment for this money making method since there are neatly placed safe spots. Use Comp Ogre bow and mithril brutal arrows for maximum effectiveness and also bring a single ranging potion for that sweet bonus.

Killing dragons is always something every adventurer aspires to do and Blue Dragons are a good target since they don’t require you to be high level. You can find the entrance to the Taverley Dungeon just north-west of Falador and south of Taverley. Once you’re below sea level, head to the center of the dungeon and you’re there. This money making method also brings pretty consistent profit of around 500k, depending on how efficient you are. 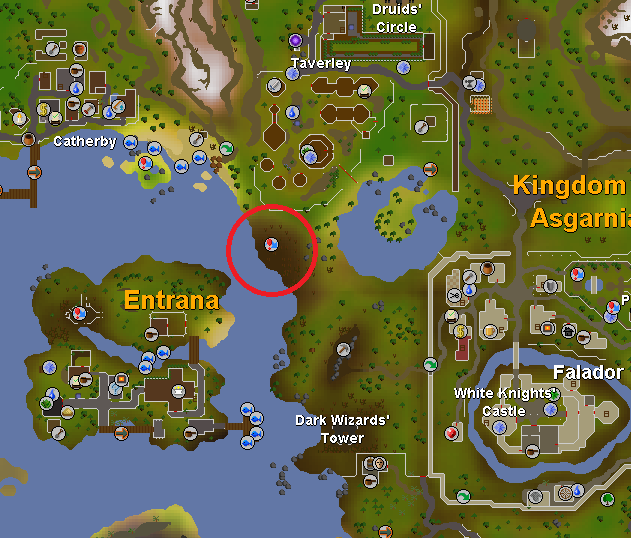 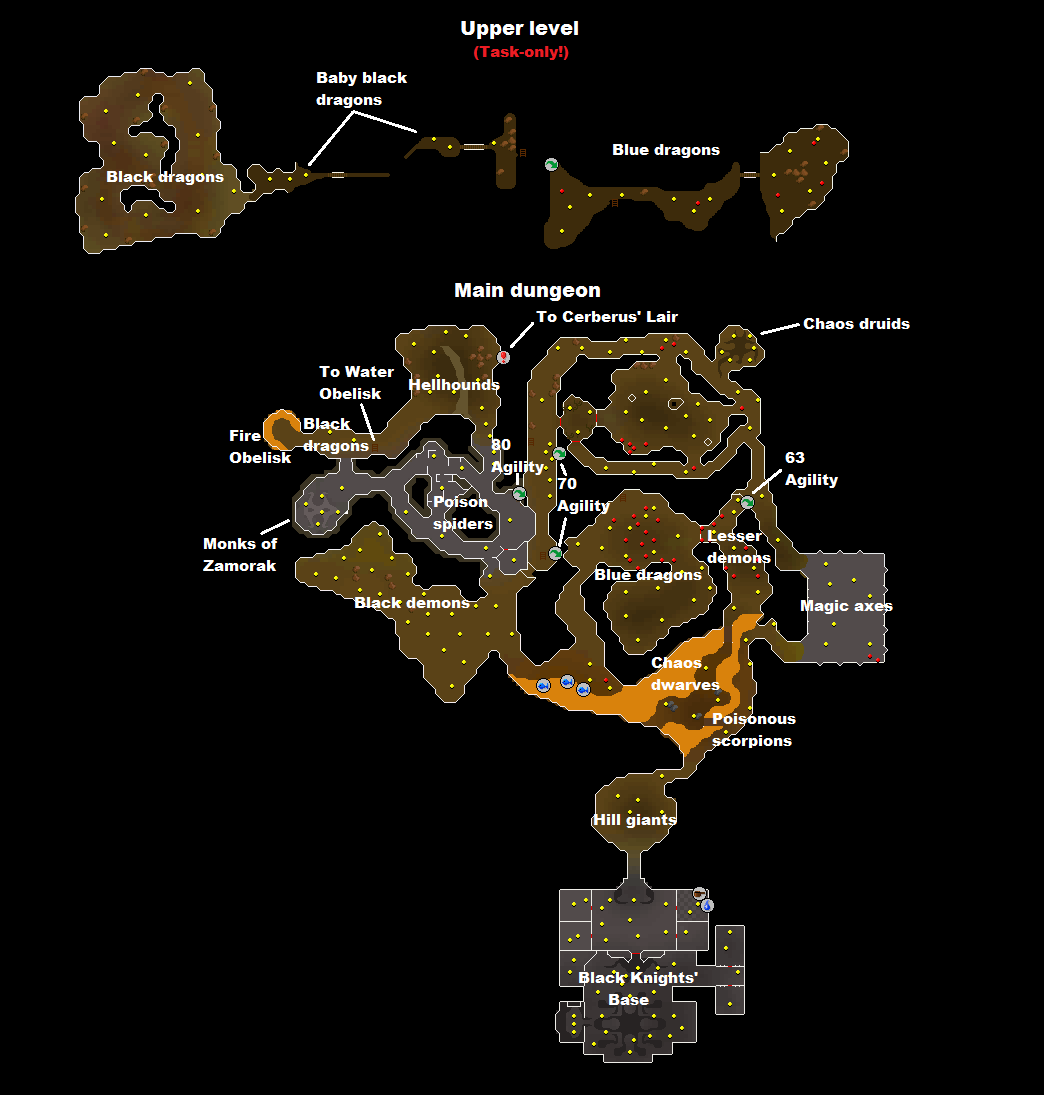 Now, we know that doing Theatre of Blood or Chambers of Xeric raids is more profitable than any of these. This is how newer content works. But these money making methods are good in that they can be done solo, have low requirements and bring you a nice income that will one day allow you to gear up and fight the evils within raids. As always, we hope that you will find this OSRS money making guide useful. In case you overdo yourself and find that your OSRS bank could do with some lightening and your wallet with some fattening consider selling your RuneScape gold to us – we'll gladly help you out!