Greetings, fellow scapers. Today’s blog post will be somewhat different from the usual posts when we talk about something new, be it a money making method or a content update. Today we’re going to take a look at what was removed during the course of OSRS history (don’t worry, nobody removed all of your OSRS gold from your bank).

Yes, we know random events have not been removed as a concept. However, there are events that have been removed, for example the Evil Ent, Exploding Rock, the Rock Golem, the Tree Spirit and many others. These events were dangerous, because they could actually do damage to the player or displace/remove their equipment. I am pretty sure I am speaking for all of us when I say that we are glad these were removed.
Random events that are currently in OSRS have been changed as well: now players can choose whether to dismiss them or take part in them. This usually translates to players dismissing all events but one – Genie (yours truly guilty of that as well).
The reason why these events are there in the first place is that they are directed against bots, hence why they are also called anti-macro events. They range in complexity and that was the intended purpose, to trick the bots into not solving various puzzles and then collecting that data and banning 100% confirmed bots. As you can imagine, it takes more than one such unsolved puzzle to determine that the account is an actual bot, since players do not necessarily solve those puzzles 100% of the time. This is another reason why they were made dismissable – sometimes players would not solve the puzzle not because they didn’t manage to, but simply because they were AFK. Keep in mind the dangerous events that existed and you have a perfect storm: bots eventually got smarter and managed to solve these interactions with variable reliability and all this feature hurt were genuine players who simply went AFK or were distracted. All of this is in the past now and we can only be thankful to game developers for recognizing the issue and listening to the community. 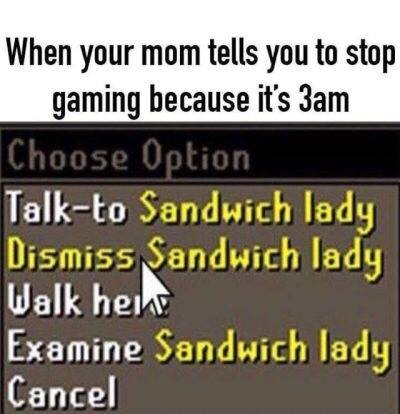 Your game - your choice

Trading post was a feature that was introduced around a year before the release of the Grand Exchange and got removed once the GE was built in northwestern Varrock. It functioned as an auction house and players could put almost any tradeable item into a trading post in order to sell it. Unlike in the GE, however, players could actually see the names of those selling their items. What’s most interesting about this feature is that you could actually access it via your bank, which was very convenient. Players had access to six item slots and could put an item up for trade for any price they wished. Item sets were also introduced with this feature, which saved a lot of space and still does, since this feature made it into the GE as well.

Sailing started off as an April Fools joke, but later was seriously considered to be added into the game. A lot of features were already polished before it was put up on a poll only for players to vote against adding this feature into the game. Sailing was a skill available to free-to-play and was supposed to allow players to build boats and revivify the spirit of Age of Discovery. It was intended for players to build their boats and explore various islands, with higher sailing level supposedly providing better rewards. If it was approved, however, it would have been the first new skill added into OSRS, instead of Warding. 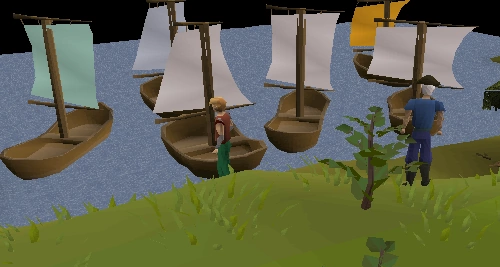 Christopher Columbus inspecting the ships he was provided by the Spanish crown, 1492 A.D.

That’s it for today’s post, we hope you have learned something new about the game you love and how it was before you started playing or made you feel nostalgic in case you’re a seasoned veteran of Old School RuneScape. See you next time and we wish you encounter only Genies on your random events!