Why You Should Play Ironman

Why You Should Play Ironman

Do you ever play RuneScape and feel a bit lost? Or you find yourself logging in for 10 minutes, doing some random stuff, maybe chopping a log or two and then logging off again, only to repeat the same process a day later? Maybe you log in and do something, but feel bored? Today we’re not going to offer you to some money-making method or a leveling guide. Instead we offer you to consider this: maybe you should play Ironman?

Why Ironman Mode Even Exists

Ironman mode is a challenging mode for players who wish to test their mettle. Or at least it’s mostly promoted as being such. There are separate highscores kept for each mode: ironman, hardcore ironman and ultimate ironman on Old School RuneScape as well as RuneScape 3. There are also tons of youtube content creators as well as twitch streamers who play only ironman or have dedicated a series for their ironman play. All this combined with the difficulty of ironman mode, with such restrictions as not being able to get help from other players, restriction on trading and PvP, or even penalty for dying for hardcore ironman and not being able to use the bank on top of that for ultimate ironman suggests that this is a highly competitive game mode only for seasoned veterans of the game. All in all, ironman mode is somewhat a step back to the long gone days of hardcore RPG’s and prior to the release of ironman mode, some players would put similar restrictions on themselves. And this may discourage some players who would like to give the mode a go from playing it: it might seem like there’s a lot of pressure put on you even before you make your account into one of the ironmen with the help of Juan on the Tutorial Island. However, this should not be the case. If you’re one of those adventurers who are here just for the fun of it and your own personal achievement, we have a couple points which might make you reconsider becoming an ironman. 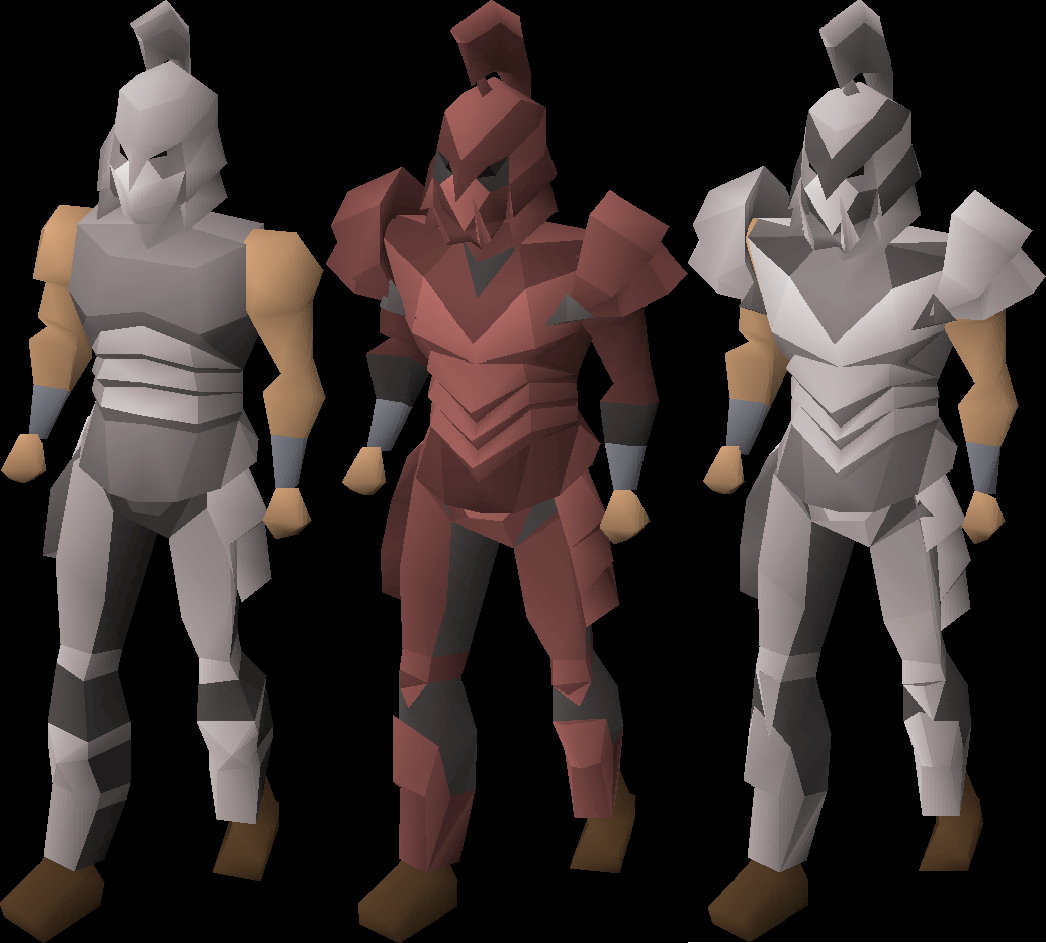 Left to right: ironman, hardcore ironman and ultimate ironman in full armour about to do some heavy damage!

Give Ironman Mode a Try

Remember those days when all you cared for is to explore Gielinor and slay a monster or two while doing it? Or running into NPC who has a quest for you? Back in the day we didn’t open wiki if we had a question: we would either ask friend for advice or figure it out ourselves. That especially applies for players who started in the early days of RuneScape, because no wiki even existed (hard to believe, I know) and due to our limited time on the internet or simply because the internet was waaaaay slower than it is today and a guide was not so easy to come by. Today we can find almost any information we need with a couple of clicks. And even without those couple clicks we know too much about the game already.

One of the main reasons behind popularity of single-player games is that they offer unique experience to players. You play at your own pace. One hour, two hours, twelve hours: no matter how much time you’re able to put into the game, you feel progress. There’s no internal voice nagging you about how far others will get while you’re not playing. Therefore, there’s no NEED to look up for any guides or info about the game, because you are in complete control. Well, unless you’re miserably stuck or the game crashes after you loot that one item from a slain enemy’s corpse and it so happens that that's an item needed for main quest. Or kept jumping into a wall until finally you broke the game and entered the colorful void of textures. Now, you can say: “But I know about the game a lot, starting ironman account will not erase those memories.” Yes, it will not. But since on casual mode we often focus too much on efficiency, we skip parts of the game, because some jobs are done and materials gathered by newbies or bots or some guy trying to make tons of RuneScape gold. You will be surprised what big part of the game you’re actually missing.

In addition to being partially a single-player mode, ironman also offers parts of content you’d never encounter otherwise. Yes, I know that you saw ironmen playing together with regular folk and no, they do not get additional content, besides the armor, per se. Due to restrictions, ironmen are forced to progress through their adventure on the same world, but they sometimes walk on different paths. Both figuratively and literally. When was the last time you’ve gathered beads for Wizard Mizgog by actually killing the imps yourself instead of just buying them on the GE. Oh, I remember when my newbie account didn’t manage to kill them fast enough and they would teleport away. That was a bit annoying, but fun at the same time, because the sense of achievement was stronger once I finally turned in the quest. All it takes now is to mine copper ore for a few minutes or chop some logs, sell these resources at the GE and that’s it, you can buy the beads, teleport to Draynor village and you’re done. Playing ironman might be harder, but it helps to get away from repetitive tasks and makes you explore Gielinor once again: maybe it will not bring you that much joy you got when playing for the first time, but it will definitely freshen up those taste buds for adventure and you get a cool set of armour and bragging rights too!

One thing to remember when playing ironman is that doing that on free-to-play, although possible, is usually not recommended. Unless you’re trying things out, of course.