Today we‘re going to share some of more impactful runescape bugs (also called glitches) with you. For those who don‘t know what a bug is – it‘s an error of some sort in game code which has unintended effect. Some of these bugs are just purely graphical, some texture is missing or is not rendering properly or an object has weird color for some reason. These graphics glitches include NPC‘s standing on top of one another or objects appear to be merged etc. We will not be focusing on those now, because in most cases they‘re a reason for a few laughs and nothing more. Some bugs are just annoying (when the game crashes when a player performs a specific action, for example). More intriguing and dangerous and also in most cases widely abused are bugs those that benefit bug abusers in a variety of ways. And these runescape bugs that are game-changing and imensely damaging will be our topic for today.

OSRS max cash stack bug is the most recent OSRS bug that basically anyone who‘s not living under a rock has heard about. After the last pickpocketing related update and changes that came with it, stackable items like runes, arrows etc. upon player‘s death, when dropped, turned into max cash stack (2147M runescape gold!). This bug was quite easily detectable and Jagex got the wind of it soon enough. But players, of course, were faster and there were some who would PK one another near Edgeville, loot the max cash stack, bank it and then run back again before anyone else looted the gold or before the gold disappeared. This bug was caused by a code in the newest patch. The bug had potential to ruin the whole Old School Runescape economy and we‘re glad that Jagex reacted quickly. Their response, however, was not only lightening fast, but the approach to this issue was also unique. Basically, the game developers had two choices – delete all the gold generated because of this bug by hand, which, obviously, would have taken a tremendous amount of time and effort or reroll the game. We all know that they chose rerolling now, but this was never done in runescape‘s history, at least on such scale. Usually bug abusers would just get banned, bugs patched up and that‘s it.

Stall is a condition when a player is put in a sort of “stasis” and cannot perform any actions. Player is put into this stasis when they’re in a cutscene or their character is locked in some sort of animation, like dying. This does not allow the player to perform any actions – no spell casting, no teleporting and so on. Players found a way to break this stasis and by doing so they would avoid death. The character then turns into a sort of undead (not literally, of course), neither dead nor alive. This allowed bug abusers to run around with 0 hp and they could not be killed by any means. When other players targeted these bug abusers in the Duel Arena they would only get a message saying that they’re targeting an invalid object. Imagine yourself getting into an arena fight with one of these bug abusers, especially if the stakes are high and then realizing that they cannot be killed. You either die or forfeit i.e. you get no chances of winning. It must have really been painful for the victims of the bug to stand there and witness the futility of the situation. Some of these bug abusers earned a lot of runescape gold which some later turned into real money.

Corp non-interfaced forced log out bug is quite similar in its application to the stall break bug. The difference was that this runescape bug could only be abused in Corp’s area. The bug made the game register the player as logged out, but actually they were up and running, lively as ever, killing anything in their path. In addition to immortality bug abusers would also get infinite prayer and could run Corp indefinitely without dying. This was one of the more lucrative runescape bugs and we can only speculate how much money bug abusers made by selling runescape gold.

This bug was first discovered and made public in Runescape 3, but later the very same bug was found in OldShcool Runescape as well. It took two weeks until the bug was fixed. Bug abusers found a way to get gold in rat cather’s minigame after completing the quest. Two players would manage to abuse game’s mechanics and the game registered them as forfeited. There were even players who would run bots to abuse this bug. Although, this bug does not seem as impressive as the previous one which bestowed invincibility upon players, it had the potential to generate more runescape gold per hour than Corp bug. It had a devastating and long-lasting effect not only on game’s economy, but also on such runescape gold sites as ourselves, by nearly halving the price of gold and making the lives of gold sellers that much harder.

This one is special in a way that this was Jagex abusing players in away, rather than players abusing the game. Jagex updated their bot detection system called Botwatch in hopes of catching more bots. Instead, the flawed program mistook innocent players for bots and banned them with no chance to appeal, thus hurting a lot of people. Those who were not botting also received warnings to stop their “malicious” activities. In addition, this runescape bug caused players to be unable to drop items on the ground. During the time Botwatch was running rampant (sounds a lot like another AI-exterminating-humans movie plot) around 40,000 players were banned. Later, Jagex apologized to everyone, unbanned affected people’s accounts and provided a compensation for those eliminated by the merciless and buggy bot detection system. Players must have really been shocked getting back from school or work, sitting by their computer to relax and play their favorite game only to find out they were banned for doing nothing that would be considered as rule-breaking. 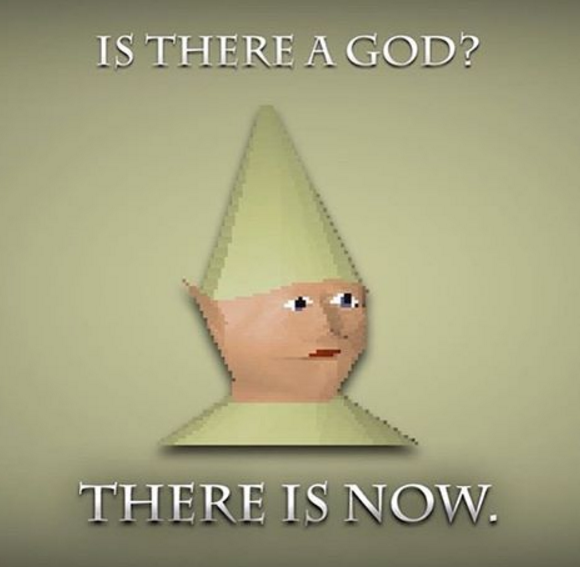 We hope you enjoyed reading this and learned something interesting or new. We, in no way, condone bug abusing and if you ever find a Old School Runescape bug or Runescape 3 bug, please report it as soon as you can. Even in cases when you yourself did not find a bug but rather heard about one from a friend or clanmate report it anyway, because even if you yourself are not a bug abuser and will not get banned, bug abusing can have an immense negative effect on you, the community and the game itself. Just imagine how you would feel after selling a very expensive item for, let’s say, a 100 million runescape gold, only to find out that that 100 million is worth nothing the next day.