Since Jagex released the first raid it was really well received by the community and also added a great adventure to the ever expanding world. Raids are somewhat difficult and require a lot of cooperation. They require 10 people to fight together as one  and a lot of gold for their equipment. Let’s be honest: not all of us can arrange our schedules so that a group of ten friends can play together. In order to provide content to a wider spectrum of players, Jagex introduced a new type of content – Elite Dungeons. These are faster-paced dungeons which don’t require that many players to form a party (it’s possible to do them solo too). The first such dungeon released was Temple of Aminishi and now we’re receiving a new one: The Dragonkin Laboratory. So let’s see what it’s about without much spoilers.

Requiremets to enter the Dragonkin Laboratory

The Dragonkin Laboratory’s location is in the north-eastern part of the Wilderness and you can get there in a few ways:
1.You can simply take a stress-intensive stroll through the Wilderness
2.You can purchase teleports from Daemonheim elite dungeon reward shop
3.You can safely teleport there via grouping system, so PvP allergic players will not have to risk their precious belongings falling into the hands of more aggressive fellow adventurers. 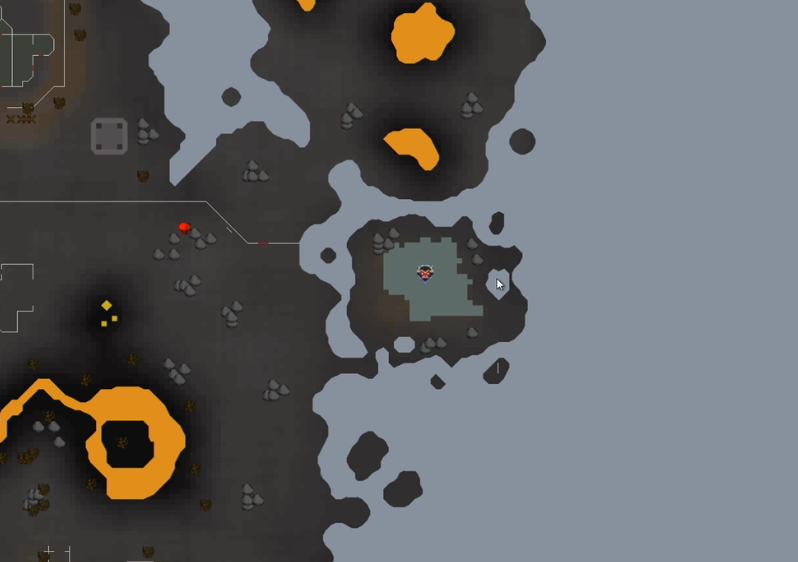 Elite Dungeon 2: The Dragonkin Laboratory location.
As you can see, it's in the Wilderness and can be accessed in a variety of ways including simply walking there.

In order to be able to access this dungeon you have to have completed Elite Dungeon: the Temple of Aminishi. Even those who have completed it on story mode will be able to access the Dragonkin Laboratory, so no one is left behind. There’s also a banker hanging around the entrance to the dungeon who does not have any special requirements for those interested in his services and that means that you’ll be able to fetch those supplies you might have forgotten without additional hassle or you can claim your equipment if you decided to run to the dungeon across the Wilderness naked and in addition to that, players will receive some bonus from an NPC there – that's game developers' way of apologising for the delay (dungeon was supposed to be released on July 23rd 2018).

Unlike the previous elite dungeon, the Temple of Aminishi, Dragonkin Laboratory is not divided into layers and is consisted of one single map. The progression is linear and sections of the dungeon are separated by magic walls which disappear after all the mobs in an area are eliminated. The dungeon itself has draconish feel to it, both in regards to some architecture and the fiery environment full of lava lakes, pits and falls and between all those you will find lorebooks which will tell a part of the story behind the dungeon.

As one could expect, most of the enemies encountered in Dragonkin Laboratory are dragons. Different types of dragons have different mechanics so be prepared to use different tactics when fighting different kinds of dragons. For example, Celestial Dragons which you will meet in the dungeon can go back in time thus healing themselves. This mechanic can be countered by stunning them. Most of the monsters in the dungeon are also slayer tasks, which don’t have a slayer requirement and are an excellent way to farm slayer XP. Boss encounters will differ from boss to boss, so you’ll have to rely on your improvising skills to defeat them in the most efficient way possible. With new dungeon also comes a cute new pet you will be able to add to your collection as well as a lot of awesome loot of which you can see some on Twitter. 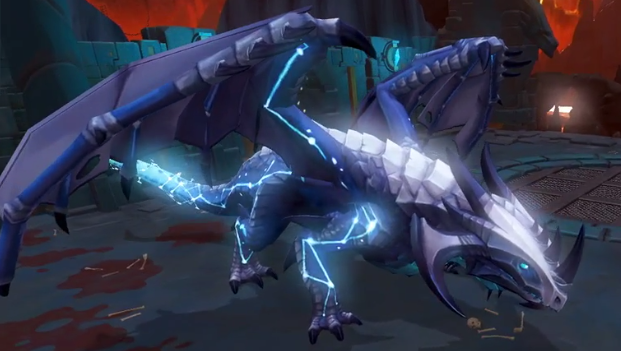 One of the bosses found in the Dragonkin Laboratory. Beware, this one's quite crazy and powerful!

Overall, I guess we're all excited to see this dungeon go live! Since this is new content some changes might take place as it almost always does. Game developers might decide to rebalance things or introduce some new small details. Make sure to always know where this is going by checking on forums. For know, of course, some topics might be little empty, but imagine the buzz once the Dragonkin Laboratory is out there!