The following article will show some of the best ways to get GP while you start to know the game and see the great variety that it can offer you.

-‘Amulet of glory’ and ‘Ring of dueling’ 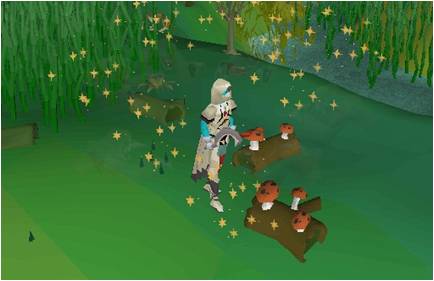 Mort Myre fungus, is a highly used item to level up herblore. It is one of the ingredients required to make super energy potion.

Mort Myre fungus are found in the Morytania swamp after the quest, nature spirit. By blessing the “Silver sickle (b)” (obtained during the quest) you can grow the fungus by draining your prayer level among 1 and 2 points for each time you cast the sickle.

The best way to access the fungus is through the fairy rings, using the “BIP” code arriving at the small island closest to the Otto’s grotto and having the advantage of recharging prayer as simple as possible. 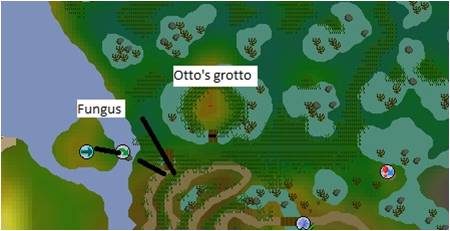 To start collecting the fungus, you start off by rubbing the amulet of glory to Edgeville and running to the fairy ring, you choose the BIP code and teleport to a small island. Next, cross the stepping stone (50 of agility is required) and go to the rotting log. With the sickle wielded, right click and choose the cast bloom option, you will see a little animation growing the fungus and 1 or 2 points of your maximum prayer level will be drained, repeat until your inventory is full. 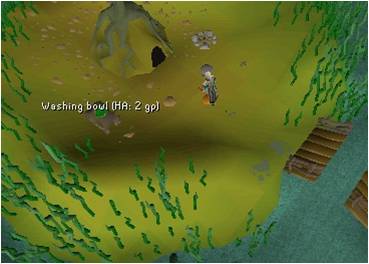 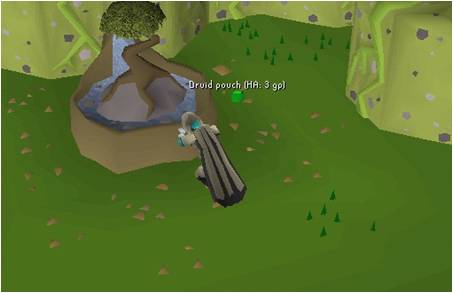 At the end, you rub your ring of dueling to clan wars, and pass through the portal to restore your energy and prayer and rub your amulet of glory again back to Edgeville to start over.

-The best pickaxe you can wield

-Mining gem rock is a very simple activity that you can access after the Shillo Village quest. 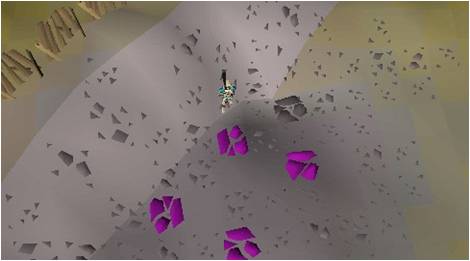 Shilo village is located south of Tai Bwo Wannai and its access is relatively simple.

The gem bag helps save more gems, decreasing the amount of trips. The gem bag can be purchased from prospector Persy for 100 gold Nuggets in the motherload mine located in the Dwarven mines, Falador.

After completing the Shilo village quest you can take a ship directly in the port of Catherby to Brimhaven by paying some GP, then walk or run to the cart and pay-fare. That will take you to Shilo village. It can be seen in the image below. 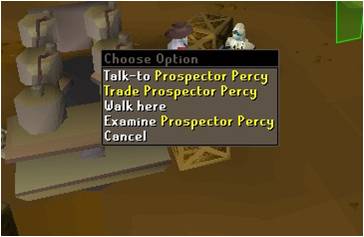 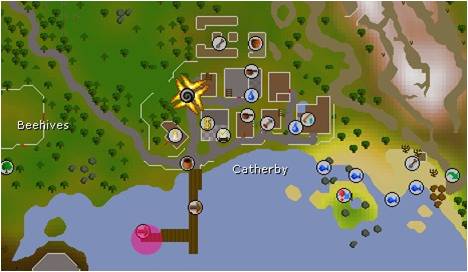 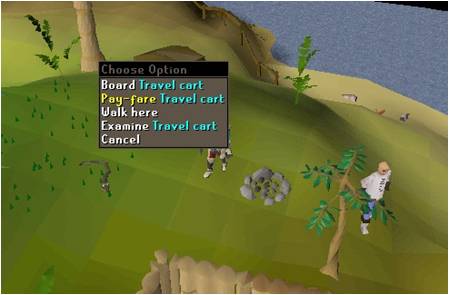 When you arrive at Shilo village, just walk north of there where you will see some purple rock, wielding your pickaxe start mining one by one. If you have your gem bag, fill it with gems before returning to the bank. 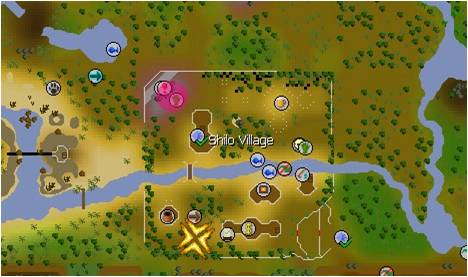 One of the utilities and advantages of mining gems is that you can simply cut them with a chisel and increase your XP/H with crafting and mining, although your GP/H will be significantly affected.

Potato cactus is an item used to level up the herblore skill, using lantadyme and potato cactus you can make magic potions (Level 76 herblore is required).

Potato cactus can be found in the desert in the Kalphite Lair. The rope item is needed here to enter the lair.

The fastest access to get there is through the fairy ring with BIQ code, teleporting a few steps from the Kalphite Lair. 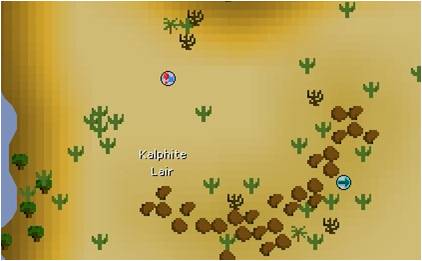 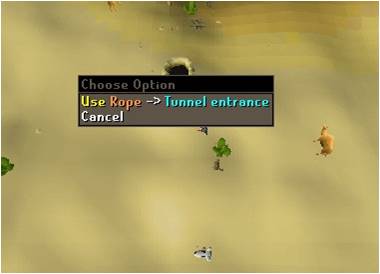 Rub your Amulet of glory to Edgeville and run to the fairy ring using the BIQ code, you reach the desert and walk a few steps west to where the Lair is, use the rope at the entrance to climb down.

Within the cave walk to the north side, then to the west and follow the only road there is. You will arrive at the lair of the Kalphite soldier.

The potato cactus located in the image below is placed within a safe spot. This means you will not be attacked and you are safe to hop worlds after each item you pick. Repeat this process until you entire inventory is full of potato cactus. Some amazing collecting money making methods can be found in Farming guide in the Farming money making section. 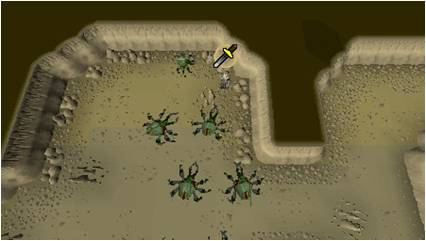 Red spider’s egg is an item used for herblore, it is the ingredient combined with the harralander to make restore potions (22 herblore is required).

After the remapping of Hosidius house, the Old School Runescape team was given the task of adding the Forthos Dungeon that is located in the Hosidius house in the Great Kourend. 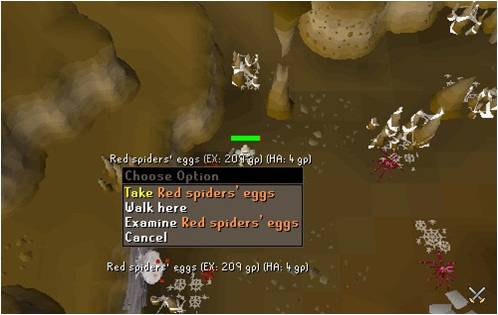 There are 2 ways of quick access to the Forthos dungeon, the first is teleporting through the Xeric’s Talisman traveling to “Glade” and you will be in the magic logs, just run west and you will arrive.

The second way is by moving your home to Hosidius (25 construction is required) will stay south of the path of Hosidius, you run to the northeast and arrive at Forthos dungeon. To move your house to Hosidius you must speak with the agent statement and then your house will be moved.

Forthos dungeon is quickly accessible, allowing the shortening of time between trips, which maximizes the profit per hour as much as possible.

When using either of the two routes, POH or Xeric’s talisman. Enter the Forthos dungeon, run a little to the south and you will see the red spiders' eggs, start to collect as much as you have space in your inventory. When you have a full inventory, just rub your ring of dueling to clan wars, go to the bank and then pass through the portal and return to the Forthos for more. Repeat this process. 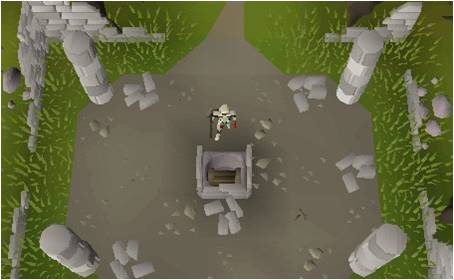 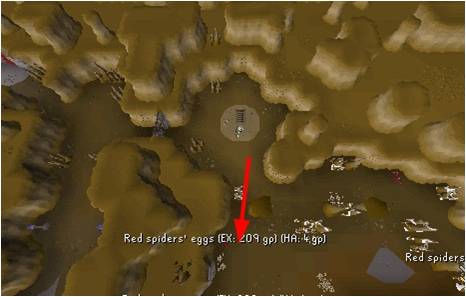 The eclectic impling jar is an item where you put an eclectic impling in a jar. When it is opened, it will give you random loot. It also contains the medium clue scroll. It has a very high demand in the GE. 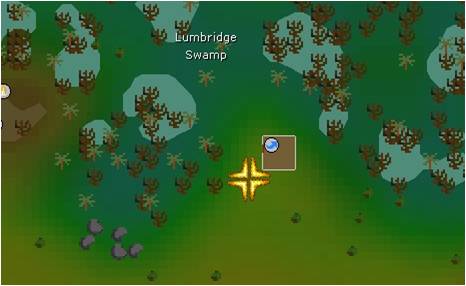 The quest ‘lost city’ allows you to access the city of Zanaris, within it, lies puro-puro, the minigame where all the implings of the Old School Runescape can be found, except the crystal impling, that can only be found in Priffdina. 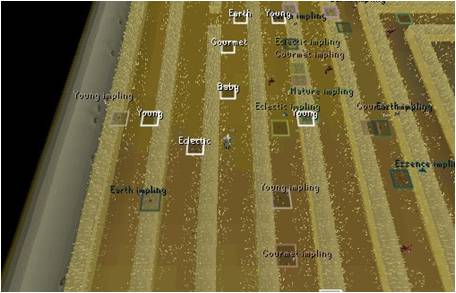 While in Zanaris just go to the puro-puro as shown in the image above.

Enter puro-puro with a butterfly net wielded and your inventory full of impling jars. Then go to the west side, where the respawn of eclectic implings are. It will be shown in the image above. Start taking them at the site of this respawn location until all the jars are full, then walk and head back to the bank.

Crafting rune through the abyss is a very common activity among players because it allows you to get the most runes in a short time, using the rune pouch to save more pure essence and increase the profit per hour.

Inside the abyss are all altars, except the soul and astral runes.

The rune pouches are obtained by killing abyssal guardians that are inside the abyss and degrade every certain amount of use, but are simply repaired by the dark mage in the center of the abyss. 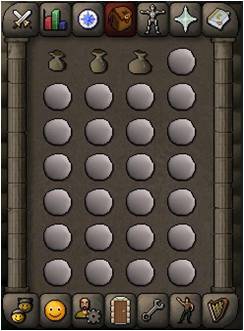 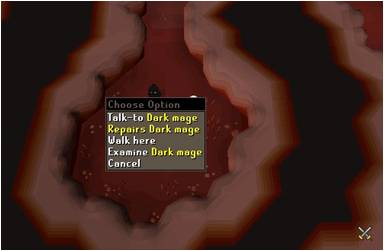 To start crafting Cosmic runes in the abyss, begin in Edgeville, a pickaxe wielded, rune pouch and essence. You run north to where the mage of Zamorak is and right click him then Teleport. 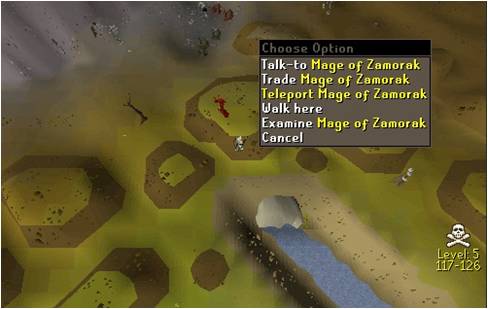 Entering the abyss choose what obstacle to pass, it can be mining (that's why the pickaxe is needed) woodcutting, agility or thieving, once you do the obstacles go through the cosmic altar and make the runes, finish and return to Edgeville rubbing your Amulet of glory for more pure essence.

When your power is drained or have little hitpoints, go to clan wars rubbing your ring of dueling and pass through the portal to restore your stats.

This activity is not only effective for cosmic rune; it is also very useful for any type of rune you want to do. 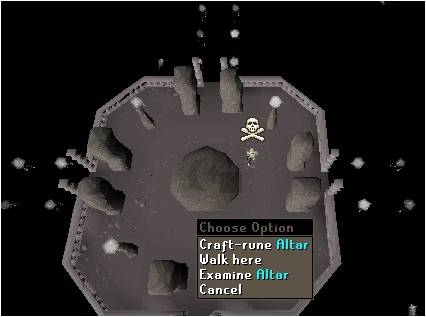 The blue scales are found in Taverly Dungeon, north-west of Falador, it is used to level up herblore. You can make potions such as, weapon poison and anti-firebreath potion.

To start collecting the blue scales, go to Taverly Dungeon as shown in the image below.

You go down the stairs and squeeze through the pipe (70 agility is required), as shown in the image below. 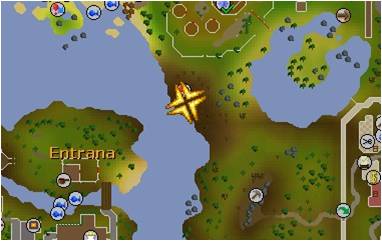 After you squeeze down the pipe, you start running to collect the blue scales that you see on the ground. You must make sure not to take off the anti-dragon shield, dragon's breath can hit above 30+.

When your inventory is full, just rub your ring of dueling to clan wars, and go to the bank and pass through the portal back to Falador for more blue scales.

Collecting blue scales is a very common activity among ironmen to help in their herblore skill quickly. 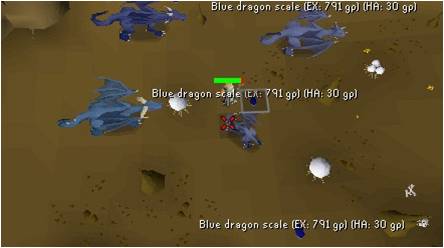 How to use Fairy rings

Fairy rings is a teleport that is unlocked after the quest “Fairy tale 2” has started. It is very simple to use them; it is only necessary to have a dramen staff and know the code towards the fairy ring that you will travel to.

However, you must know the fastest ways to access them to save time when it is necessary to visit distant parts that cannot be reached with normal teleport. 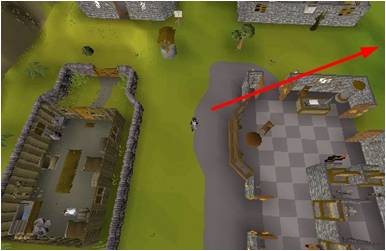 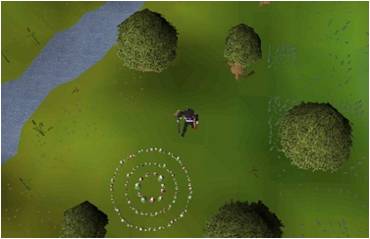 The amulet of glory is one of the most popular, having quick access to Edgeville, just running east beside the Grand Exchange will have access to the fairy ring


By rubbing your ring of dueling to Castle wars, you will have access to another one of the fairy rings. Leaving castle wars and running south, then west. 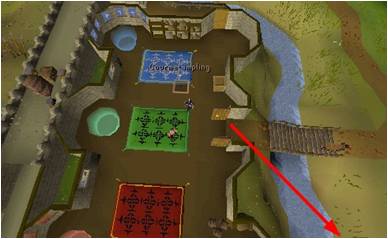 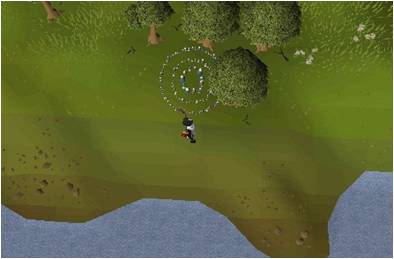 This is the most popular of them since with simply rubbing your Slayer ring and teleporting to Rellekka, you will be at the Slayer cave of Rellekka. You can use the fairy ring (in order to make the Slayer ring, you must have unlocked it at a Slayer master, 150 slayer points and 75 crafting are required to craft them). 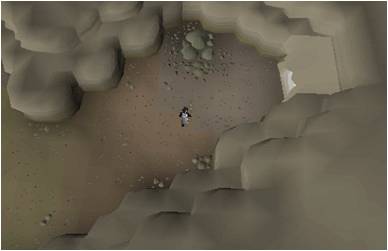 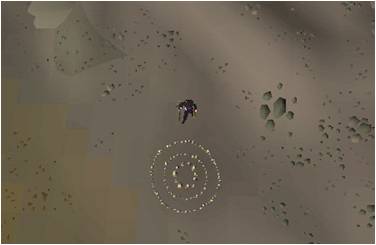 After completing Arceuss Favor, will have access to the Arceuss spell book. One of its spell is the “teleport to Salve graveyard” (Magic level 40 is required). It is located north of Morytania and is one of the fairy rings that is fastest to get to. 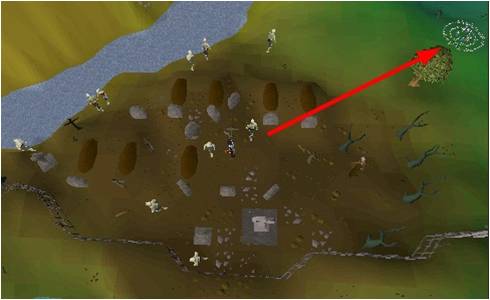 So these are a couple of methods in Old school Runescape to make some money. Remember that these are methods for players with membership only. These methods will ensure you earn a lot of osrs gold as you play the game. For the quickest way to make money, click here to buy gold. Thank you for reading.