In the Wintertodt minigame / boss, you need at least 4 pieces of warm gear to mitigate the damage from the cold as much as possible. If you’re just starting to do Wintertodt, chances are you don’t have much in the way of warm clothes since you don’t have the pyromancer outfit. Here is a list of some of the gear that counts as warm gear.

Any staff that provides fire runes

Any fire, infernal, or firemaking cape and the obsidian cape

Most of these options are untradeable and can only be obtained through wintertodt, the fight caves, holiday events, etc. However, there is one option in particular that we recommend if you don’t happen to just have 4 of these items sitting around. This outfit is the Clue Hunter Outfit, and here is a short guide on how to get it. Note: The Helm of Raedwald does not count as warm gear, so we won’t include it here, but it is technically still a part of the Clue Hunter Outfit.

Getting the Clue Hunter Outfit

You will only need a Spade, teleports to get near these locations, and perhaps stamina or energy potions or graceful gear to be able to keep running. Remember, you only need 4 pieces of warm clothes, but more won’t affect you negatively.

For these pieces of the gear, Dig here beside the oak tree south of the Fishing Guild. 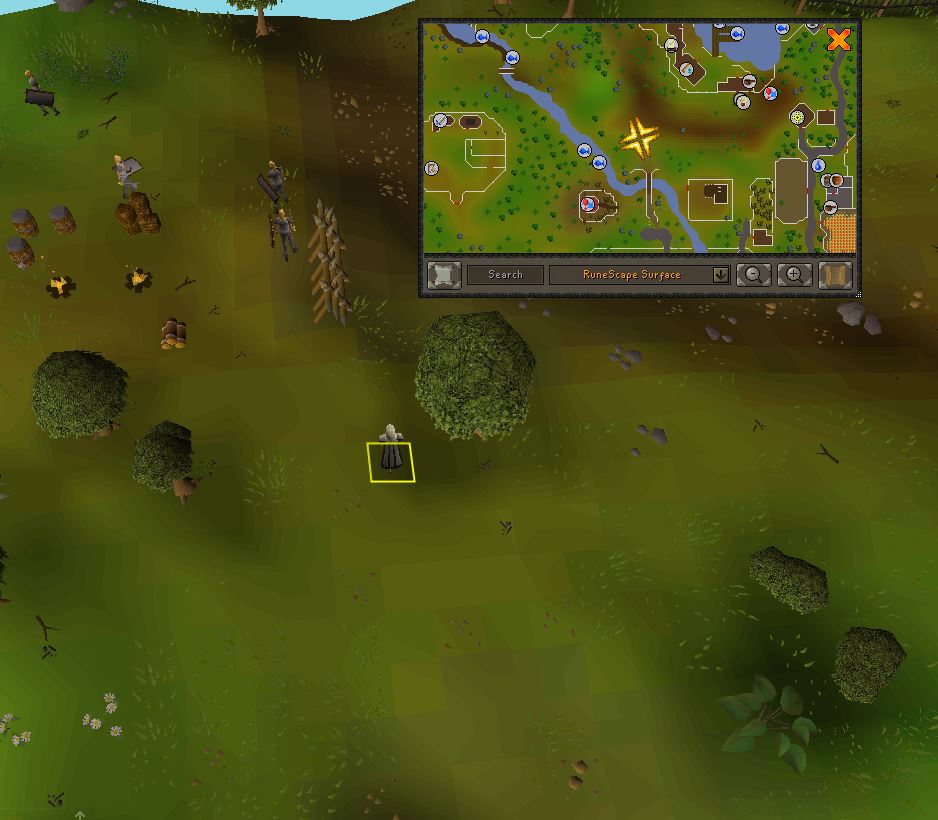 For this piece of the gear, Dig here, southwest of Kourend Castle 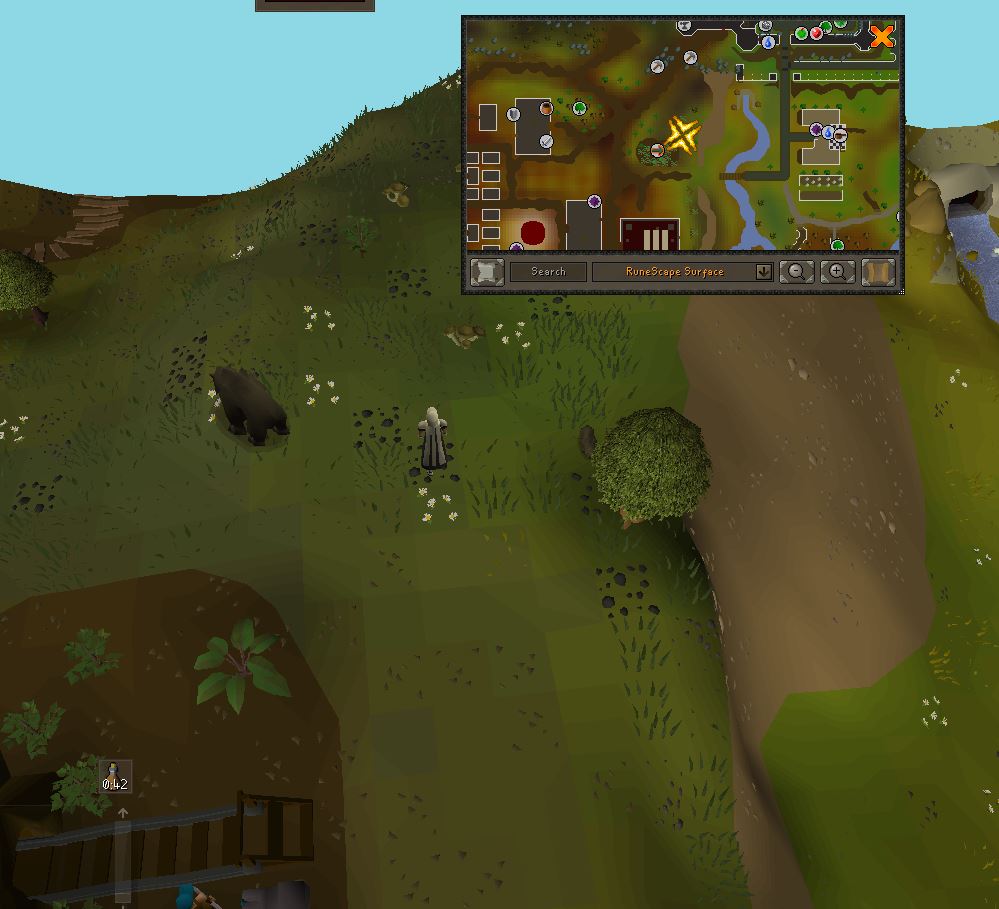 For this piece of the gear, Dig here, near the Pothole Dungeon near Tai Bwo Wannai 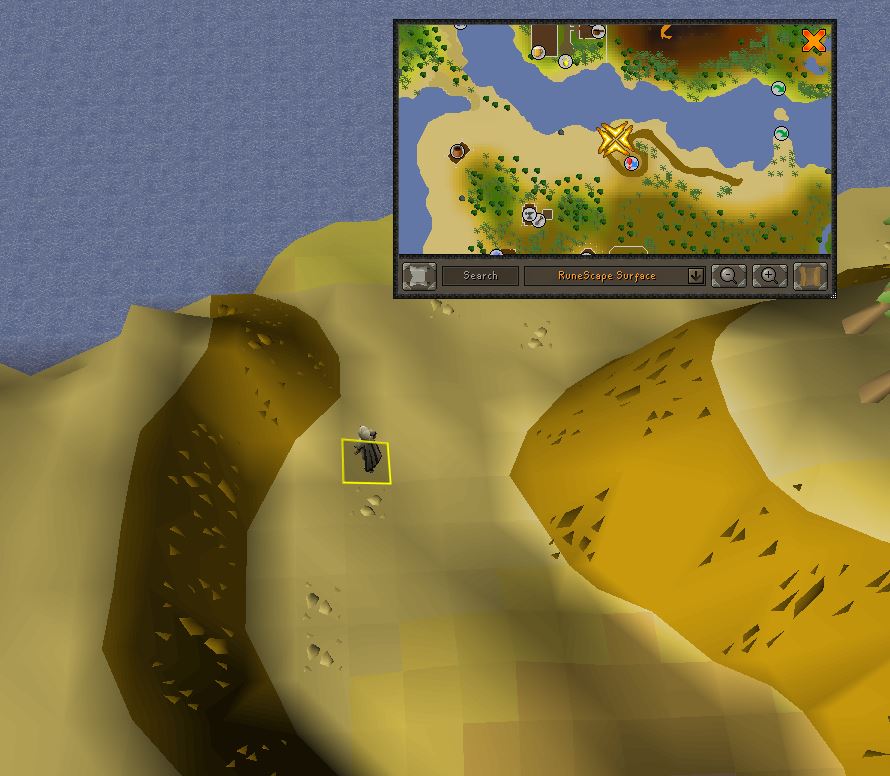 For this piece of the gear, Dig here, between two Willows south of Yanille. 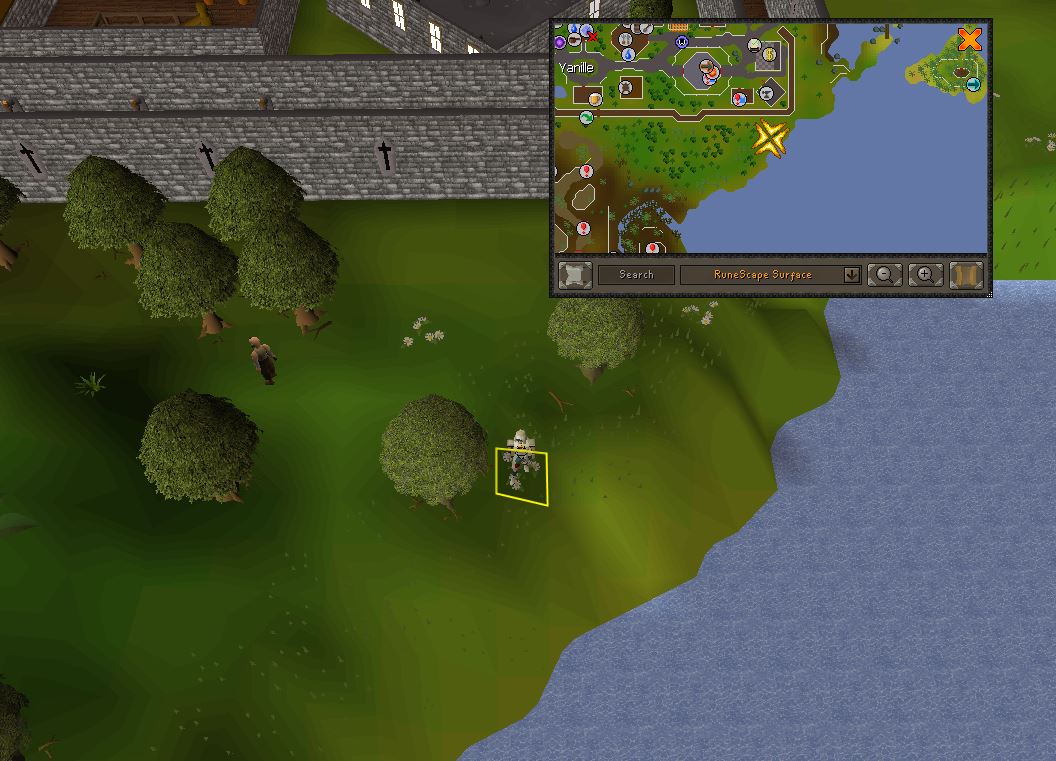 The Clue Hunter Gear will be plenty sufficient for starting out at Wintertodt. As you unlock pieces of the Pyromancer gear, incorporate those into your set up. The bruma torch even provides the benefit of acting as a tinderbox for lighting the braziers, which is something we will talk about later.

The best food to eat

Generally speaking, your food needs will fall into two categories:

Characters with a low HP stat should use wines or cakes. The reason characters with less than about 74 HP would want to use wines or cakes is because they likely won’t be hit as hard by Wintertodt. If your Firemaking Level is well above 50, this is even better because that will reduce the damage done to you by the Wintertodt. Wines are a viable option for many Ironman accounts. However, it may be easier for low HP level Ironman accounts to bring cakes stolen from stalls in Ardougne.

How to get there

There are two easy ways to get to Wintertodt. The easiest way is to teleport there with a games necklace. The next best way is to use fairy ring code C I S and following the yellow path to get there. Note: You will have to pay Trossa 80,000 coins to use this fairy ring. If neither of these are possible, simply walk to it. An easy way to get to Kourend is to take a boat from Port Sarim to Port Piscarilius. Then, find Wintertodt on the map and walk there. 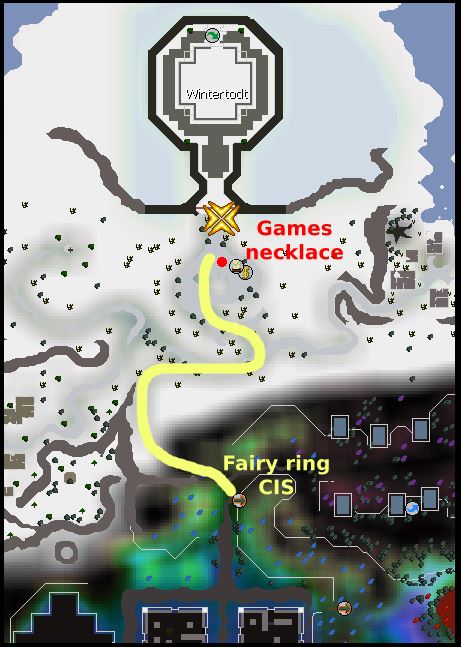 In the starting room, you will need to grab some items if you did not bring them with you.

You will need a Tinderbox OR Bruma Torch to light braziers

You will need to grab a bronze axe if you don’t have a better one. We recommend the Dragon Axe, as it chops the roots much faster and has a Level Boost Special Attack. 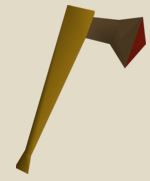 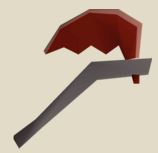 You will need a Hammer if you wish to repair the brazier if it breaks.

The best way to start the minigame is to stand next to a Brazier in the spot shown. 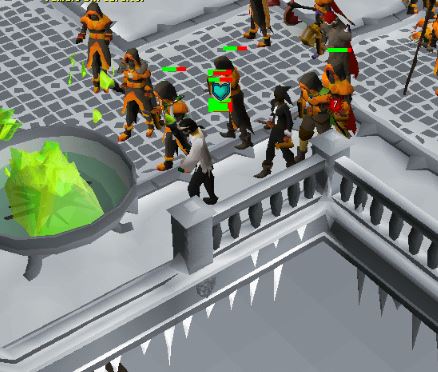 This spot reduces the chances of being hit by snow storms. Also, when the minigame starts, you will need to light the Brazier. Do this by simply clicking on it with a Tinderbox in your inventory or a Bruma Torch equipped or in your inventory.

You will need to chop some Bruma Roots to feed the flames in the Braziers. In order to do this, go in the spot shown and chop them with the best axe you can. Don’t forget to activate your Dragon Axe Special attack if you have it! Chop chop! 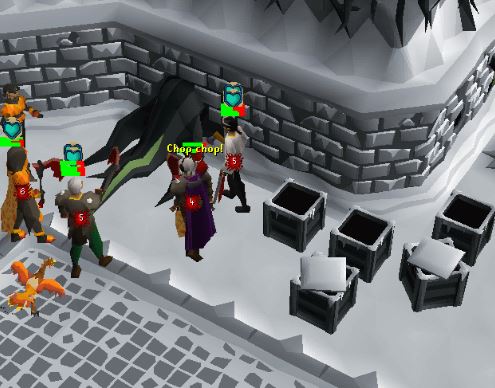 Occasionally, the pyromancer will get hurt and can’t help maintain the fire in the Brazier. In order to relight the Brazier in this situation, you are going to have to heal the pyromancer. In order to do this, you are going to have to grab a rejuvenation potion (unf) before starting the Wintertodt. Only one person needs to heal the pyromancer at each brazier, so we don’t really recommend you do this for the best experience rates. However, the best way we’ve found to do this is to grab a bruma herb directly after lighting the brazier at the start. Then, you can create the rejuvenation potion and go to the bruma tree to chop roots. Healing the pyromancer does provide 30 points, so if you are shooting for as many points as possible, this might be worth it to you. 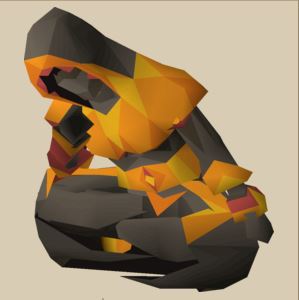 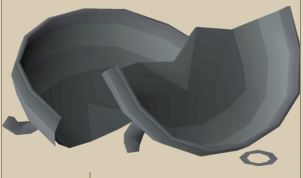 Whether or not to fletch the Bruma Roots is quite the topic of discussion. One one hand, you have people who want more loot, perhaps ironman accounts who should definitely accumulate those extra points if they can. And on the other, you have regular accounts who just want to be in and out of Wintertodt as fast as possible with that sweet Level 99 Firemaking. The latter, who are focused on time efficiency are known to say things like “Why fletch?”, which might be the most annoying thing you will see anyone say while you are fighting the Wintertodt. Our recommendation for the average player is to chop and burn one inventory of roots, then chop another inventory and only fletch the amount required to reach 500 points before burning them. Remember, you only need 500 points to guarantee the experience reward and a supply crate. Also, keep in mind that burning a regular bruma root grants 10 points while burning a bruma kindling grants 25 points. For example: You light the brazier and proceed to chop and burn 20 bruma roots. You sit at 225 points. When you go to chop more bruma roots, subtract 500 and 225 (This can be approximate) and divide by 25. That will let you know that you need 275 more points to get a reward, so you should fletch 11 bruma roots in your next inventory. The best place to fletch is right where we recommend you started the fight to minimize damage from snow storms. After earning 500 points, feel free to burn regular bruma roots for the best experience rate. Keep in mind that more points can lead to more rolls on the supply crate, but choosing to fletch all of your roots is a decision only you can make.

When you have bruma roots or bruma kindling to feed the fires in the braziers. The best place to feed the brazier is right where we recommend you started the fight. This will minimize your chances of being damaged by the snow storms. While feeding the brazier, keep an eye on your health, as being damaged by the cold will stop you from feeding the flames. When you get hurt, just click the brazier again. We recommend Runelite as it has a plugin that lets you see your health bar as shown here. 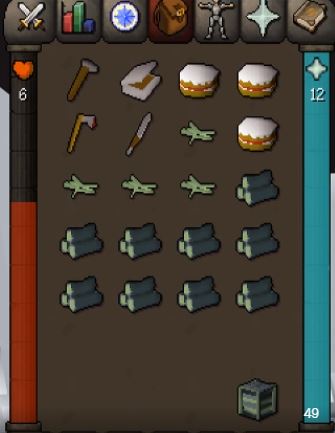 
At Level 50, you can expect about 161,000 experience per hour at Wintertodt with minimal fletching.

At Level 60, you can expect about 193,000 experience per hour at Wintertodt with minimal fletching.

At Level 70, you can expect about 226,000 experience per hour at Wintertodt with minimal fletching.

At Level 80, you can expect about 258,000 experience per hour at Wintertodt with minimal fletching.

At Level 90, you can expect about 290,000 experience per hour at Wintertodt with minimal fletching.

At Level 99, you can expect about 320,000 experience per hour at Wintertodt with minimal fletching.

At Level 50, you can expect about 10,000 experience per hour at Wintertodt from chopping bruma roots.

At Level 60, you can expect about 12,000 experience per hour at Wintertodt from chopping bruma roots.

At Level 70, you can expect about 15,000 experience per hour at Wintertodt from chopping bruma roots.

At Level 80, you can expect about 17,000 experience per hour at Wintertodt from chopping bruma roots.

At Level 90, you can expect about 19,000 experience per hour at Wintertodt from chopping bruma roots.

At Level 99, you can expect about 21,000 experience per hour at Wintertodt from chopping bruma roots.

As mentioned in our 1-99 Firemaking Guide, the rewards scale with many of your skill levels. Here is a list of them and the resources that correspond to them.

Having these skills fairly high will significantly improve the profit on your way to 99 Firemaking through Wintertodt!

We hope you enjoyed our 50-99 Firemaking Wintertodt Guide! Remember, if you make too much money, don’t forget to sell us your gold here! Also, we have plenty of other guides here!