OSRS Mobile is OUT!

OSRS Mobile is out!

The long anticipated OSRS Mobile version is finally out! After almost a year since the announcement of runescape going mobile it’s finally here. There’s a lot going on here and one can easily get lost in this labyrinth of information. Therefore, we’ve made a summary of what do you need to know about OSRS Mobile – we know how tedious it can be to read every update log there is!

Currently the game is in beta version and players are testing it out. Runescape player base was kept waiting for a long time. If you still haven’t done so, you can download the game for Android now. By the way, in order to play in open beta you have to be a member. If you wish to play runescape on your mobile device but for whatever reason you cannot afford a membership you can always get a quick fix of coins by buying cheap runescape gold fast and easy! Times of being bored to death during your daily commute are over! 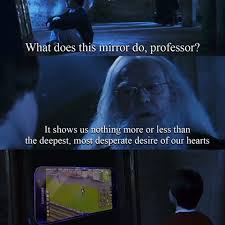 OSRS Mobile had encountered a few bumps along the road, hence the delay. But you know what they say – better late than never! There’s a lot of positive feedback already and those who got the opportunity to enter Gielinor via their mobile devices during closed beta are overall satisfied. In this article we’ll shortly discuss what problems Jagex encountered, how did they solve (or are solving) them as well as what positive feedback players gave and overall functionality of the game.

What took it so long

First reason for the delay was that as developers stated themselves is that this turned out to be a bigger challenge than they first thought in general. Since those guys are ambitious and are doing a real cross-platform game which means that mobile players will be playing the same exact game on same worlds together with desktop players and not just some watered-down second-grade version of the game we all appreciate and love so much, they have to implement quite a few new functionalities for mobile version to make the game enjoyable. Additionally, they still struggle making OSRS Mobile available and smoothly operational on iOS. Now, game developers didn’t explicitly state what the actual problem there is with iOS apart from the process of being approved by Apple App Store and it still being “under development”. From the information we’ve got it appears that the game is unstable on iOS. It is well known that all app developers have issues with iOS because of Apple’s policy in regards to how accessible their core code is to other parties. So those of you who use Apple devices will have to be a little bit more patient. Good news is that development is underway and Jagex will give the community an update later this Summer. As for Android users, you can check out what's happening on reddit topic OSRS Mobile: Android Members Beta.

Second reason can be simply described as “a lack of mouse”. Although, runescape is one of less intense games it still heavily relies on clicking with both right and left mouse buttons as well as hovering over objects to see what clicking on them will do or to get a tooltip. As you can imagine, hovering over objects is out of question on mobile but developers stated that they are planning to find a solution for this before full launch. It’s a good thing that developers are reacting to players’ feedback and since closed beta have made some changes related to clicking. One of such changes is that on mobile you can’t actually “right-click”. However, tapping on screen and holding your finger for a while now does the same as right-clicking objects with mouse. Now, this can still be an issue when depositing items in bank. To counter this, Jagex implemented new buttons on bank interface so that players could deposit up to 50 items at once. This new function will be added to shops too so players could buy and sell items with ease. Similarly, a “drop mode” will be introduced. It will work the same way shift-click works on desktop. You will just turn on drop mode, click on an item or items and then, after you’re done troll drop-partying, you switch drop mode off. We hope that you won’t accidentally drop your Twisted Bow like this! Casting spells and using prayers can still be a bit problematic – they are so close to each other on the interface that when using such a small device as a mobile phone there’s a real risk of tapping on multiple spells and prayers at once (if you think this can happen only to someone clumsy know that not all of us have fingers of a pianist!). Manipulating the camera can also be a weird and awkward experience. Dedicated veteran players didn’t have much difficulty with that but newer players or those who have less time to spend in Gielinor generally struggle.

As always, Jagex is mindful of the player base and has already made some fixes. They also into account players’ feedback and requests. One of such requests was to make a customizable UI for OSRS Mobile and game developers stated that they will keep this in mind and players can expect to see such a feature implemented in the future. And another is that in the future you won’t have to write your login details by hand every time you wish to play OSRS Mobile – the game will remember your credentials and this will be valid for the next 30 days. The best part is that if you log in at least once a month this period will always extended by another 30 days!

Those of you who have followed the news related to OSRS Mobile since the announcement have probably come across some info on mobile data consumption. And, at least at first, a shocking number of 103MB per hour was given by Jagex! After more testing it is clear that this will not be the case and it's estimated to eat up somewhere 500kb to 2MB of your precious data plan per hour. Now that's a relief, am I right? Game client size has increased, though, and is now around 100MB, which is, by the way, subject to change. With current phones and memory cards whose memory is measured in gigabytes this shouldn't be a problem anyway, not for a Gielinorian like yourself!

We already witness what OSRS Mobile hype is doing to the game. Currently there's a lot of players trying out the game's mobile version and spending more time playing it. Imagine what will happen when the finished version of comes out! Having in mind how big is the hype at the moment, it's quite safe to speculate that there'll be an influx of new players who will find new platform more attractive than desktop, as well as veterans who now will be able to spend more time than they already do. That's what was intended after all and Jagex has also stated that they are fully aware of this and are prepared to launch more game worlds if they deem it necessary. We all know how basic economics work – supply and demand. And more players means more demand, which leads to less supply which then leads to higher gold prices. It doesn't matter, if you're an old player or new, it wouldn't hurt to rack up your gold supply by purchasing cheap OSRS gold while, well, it's still cheap.

We hope that you will enjoy playing OSRS Mobile! This move by Jagex to introduce a mobile version of the game seems more than logical – not only to gain a stronger footing in the gaming industry, but also because originally the game was made with accessability and availability in mind. Some of you might not remember this, but in the beginning Runescape was played directly via browser only with no need of any kind of download or installation; this made a lot of office jobs less boring :) Make sure to follow OSRS Mobile on Twitter to be the first one to learn of anything new. We would also suggest you post any issue you encounter on the forums. That would benefit everyone: you, game developers and, of course, fellow players! We left best for the end and that is actual OSRS Mobile gameplay by Jakeyosaurus taking on Jad himself!