Welcome back! Last time in “Old School RuneScape Melee Leveling Guide: Where to Start?” we have covered where and how to start leveling from level 3 to level 45. As mentioned in that post, there is another way of reaching level 45+ which is arguably faster and for some players may be a more attractive choice: it is questing your way through these levels. The only catch is that you must be a member to be eligible for these quests, so if you are interested in achieving level 45 and possibly a bit higher doing them, do not sit around and buy some Old School RuneScape gold! Okay, now you’re back and hopefully with a bond in your inventory waiting to be activated. Let’s go!

For starters you want to go to the GE and buy a bond and some items:
Some food (salmon is the best choice at this point)
Cheese (more than a single piece just to be safe)
Saradomin brews and super restore potions at low levels
Leather gloves
6 of each: air runes, earth runes, water runes (might take more to be safe)
A rope
Recommended:
Stamina potions
Ring of Dueling
Games necklace
Take only the items you need for the specific quest!
Before doing quests you will need to gain some levels first (just some, refer to our previous post).

Witch’s house quest is the one you may want to start with as it will give you 6325 Hitpoints XP which will be needed for other quests. It’s easily doable with some levels in Range or Magic, but using a halberd you will be able to use the safe spot as well. You will need to pass through the gate north-west of Falador and talk to the boy. Read the dialog and choose the option to get the boy’s ball for him. This will begin the quest.
For this quest you will need:
Cheese
Leather gloves
Food
Full gear as you will need to fight
Stamina potion/Falador teleport tab recommended
Saradomin brews and super restore potions at low levels 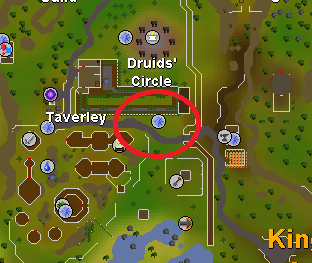 After talking to the boy go to the witch’s house. You will need a key to get into the house, which you will find under the flower pot near (right-click the pot and search). This will get you into the house. Once in the house, equip leather gloves and go into the basement. Open the gate and search the cupboard. Then go back upstairs and read the diary. Read the diary and go to the small room to the south. Here is where the cheese you brought will come in handy. Use the cheese on the mouse hole on the eastern wall and then use the magnet you looted on the mouse. For what to do next watch this guide as it will be a lot easier after you actually see how it’s done.

Fight arena quest presents adventurers with a really serious challenge. Thus, you need to use either your wit or your muscle. In this case we will use wit, as fighting the enemies in the arena directly would require you to be able to kill a level 137 monster. Not something a beginner could overcome, is it? Once again, your halberd will come in handy.
For this quest you will need:
Full gear
Food
5 coins
Optional:
Ring of Dueling for teleportation to Castle Wars which is in the vicinity of quest area 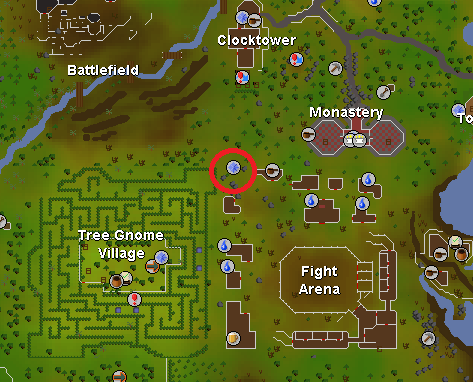 To start this quest you have to talk to Lady Servil, a lady in distress found in the northeast of the Tree Gnome Village. Once again, agree to help. Then head east until you reach the last house in the northeast. Don’t be shy and enter. Then, don’t be shy and search the chest. In that chest you will find Khazard armor, which you will need to enter Khazard’s personal playing ground disguised as one of his minions. There you will see a boy locked up in a cell. Talk to him and find out where the key is. For the rest, watch this guide. It is important that you know the exact location of the safe spot. Bring food and stay alert!

A long and rewarding adventure involving yet another boy. Save the children, am I right? Unlike Fight Arena, this quest does not require you to fight anyone, but those levels you gained in Witch’s House and Fight Arena will help you a lot now, since at a certain point during this quest you will need to run past a bunch of very unfriendly Moss giants.
For this quest you will need:
6 of each: air rune, water rune, earth rune
A rope
Optional:
Games necklace (for teleportation to Barbarian Outpost)
Stamina potions 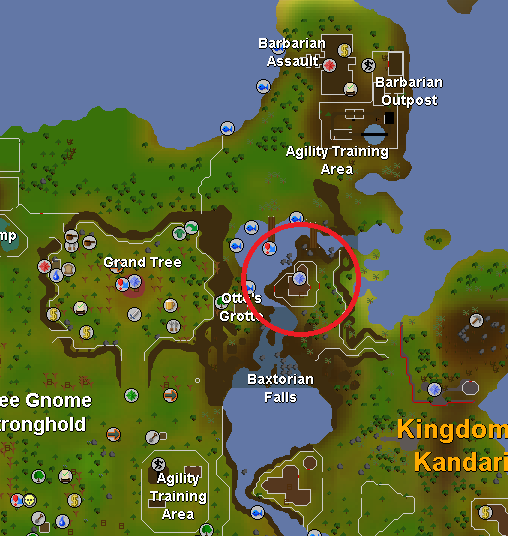 For this quest you will have to talk to the boy’s mother, Almera whom you will find northeast of the Baxtorian Falls. Teleporting there using games necklace will save you a lot of time. Talk to the mother. Now go to the river and board the Log raft. BOOM! You will crash, but that’s the way it’s supposed to be. You will need to find a safe (relatively) way of getting down the river. You have brought the rope with you, didn’t you? Follow the instructions in this guide and you will complete this quest in no time. Better to see something once than to read about it a thousand times. Also note, that there is a bank in Barbarian Assault, make good use of its services.

There are plenty of other quests which reward strength/attack/defense XP. We will cover other ways later, until then good luck and stay tuned!