Hail, adventurer! We hope that you have been faring well and have slain dozens of monsters threatening Gielinor and her people! The path that you set upon is a perilous one but we hope that our guidelines on mindless killing and achieving great feats have helped you on your way to the top. We figured you have already slain enough Rellekka rock crabs and the experience you have gained allows you to set forth onto new frontiers! Just be careful, I remember an old sage once told me: “Boy, you may be the best warrior there is, but taking on a dragon without a good sword and armor is as good as telling your mom you didn’t do your chores. Certain death”. Following his advice I purchased some RuneScape gold and got myself equipment worthy of the Gods! But let’s get to business: here we are with a follow-up to the second part of melee leveling guide.

Zeah sand crabs are same as Relleka’s rock crabs in regards to everything but color and endurance. These appear to have adapted to their environment and are of yellow color, just as the sands of their habitat. It also appears that the weaker ones were culled by the scorching heat of the beach’s Sun, so the ones who survived are more enduring, having 10 HP more than their cousins back at Rellekka. Except for these two differences, Zeah sand crabs act same as Rellekka rock crabs: they camouflage themselves and only reveal themselves when they want to i.e. when a brave adventurer such as you approaches them and they attack you thinking you will be an easy prey. Wrong. Very wrong. They can be easily dispatched off and provide a decent amount of experience. What’s even better is that they can be killed with you paying little attention (just turn automatic retaliation ON) which means they’re pretty much AFK farmable. This guide is for warriors who prefer doing their fighting close and personal, but if some ranger has stumbled upon this post, we have good news for them too: you can use dwarf multicannon in this spot. Just place it near a cluster of sand crabs and watch nature’s futile attempts to battle dwarven technology. Zeah sand crabs can be found in the southernmost part of the island, south of Hosidius House. You do not need to have any favor with Hosidius House to enter this area, feel free to join the fun, get some experience and maybe get tan too! In case you do not know how to get to the spot you can watch this short guide. It will lead you all the way from Port Sarim to Great Kourend and the spot itself. 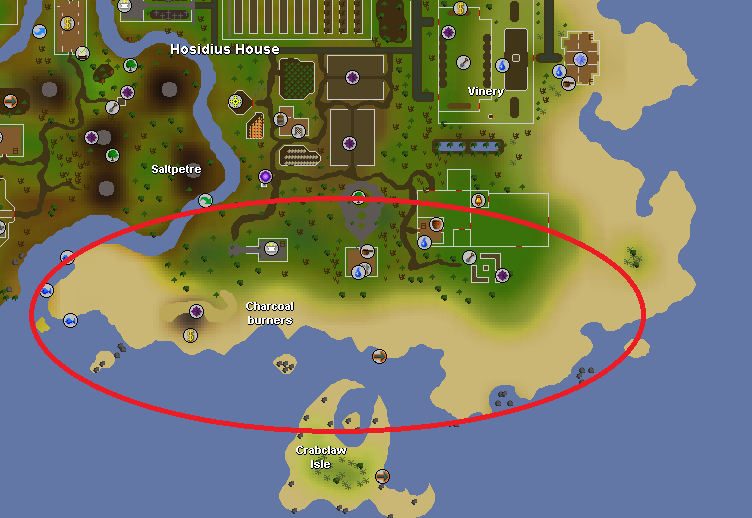 Sand crabs ambush tourists at this otherwise nice resort... Good thing you're one of those tourists who travel with sword and shield in hand!

No, we will not tell you to mix blue potion with yellow potion and get green potion. No, nothing’s going to explode. Yet something will have to be put down. These are the experiments of Dr. Fenkenstrain. This crazy fellow from Morytania in a way is probably worse than Verzik Vitur from the Theatre of Blood herself… In order to enter the caves where these abominations are held you will need to start the Creature of Fenkenstrain quest and place the star amulet on the easternmost memorial. Then you will be able to enter the dank and dark caves where these creepy and terrifying experiments are kept (good way to celebrate Spooktober). They are an easy target, since their creator wasn't competent enough to make them equally powerful as they are creepy and they often hit zero’s, so don’t worry too much about taking tons of sharks with you. Despite being terrible at dishing out damage, they are quite tenacious thus they can take many hits. More hits = more experience. Due to these reasons experiments are easy to slay and pretty much AFK’able, so feel free to grind some AFK money making method on your other account. 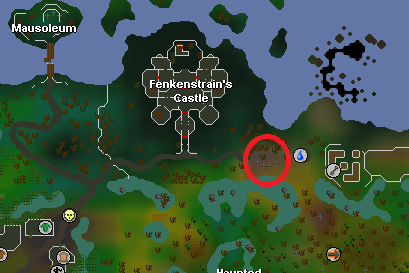 The place and the quest sends shivers down many a fighter spine. However, the gainz are worth it.

We hope you will find these guidelines useful and beat the XP gained per hour record! If not, at least you will still level up pretty fast compared to those who have no such knowledge. You can also engage in slayer tasks as an alternative, but slayer leveling is a topic of its own, so we decided it’s best not to lose focus. Have a good XP farming time!