Since raids system was such a success, Jagex looked for a way to mimic that success and also attrack more players with less time to spend playing the game and this resulted in Elite Dungeons: a miniature-sized raids, if you will, which need up to 3 people to complete, but can also be completed solo and reward system seems to encourage that. In this blog post we‘re going to review Elite Dungeons: Temple of Aminishi.

Requirements for Temple of Aminishi

There‘s essentially only one requirement to be able to enter Temple of Aminishi and it is the completion of the quest “Impressing the Locals”. Once you have completed the quest, you can enter the elite dungeon. Of course, you also have to be able to fight the monsters inside, you know, the usual.

The Temple of Aminishi is divided into five sections. To unlock the next section adventurers must first kill the monsters guarding the barriers. Players progress through each level of the dungeon in linear order and can find chests in the second, fourth and the last section of the dungeon. These chests can be used in a similar way to lodestones, meaning they serve as teleport spots.

Tackling the Challenges in Temple of Aminishi

As it is common with dungeons, there are a lot of monsters. In this dungeon most of them are particularly aggressive too, meaning that if you aggro one monster of a group, others will join the fight. Thus you should be prepared to fight the whole group and tread carefully and engage only once you're ready to. If you’re short on time, you can focus only on the monsters that are guarding the barriers. Killing them will allow you to get to the next section and also despawn most of the monsters in the current one. This may be a preferred tactic, since mini bosses take some time to kill yielding relatively low rewards and common monsters yield mostly basic loot. Those who only wish to complete this dungeon because they're interested in the lore or want to access the recently launched Dragonkin Laboratory can also complete it in story mode – it will yield close to none rewards, but the dungeon will still count as completed. 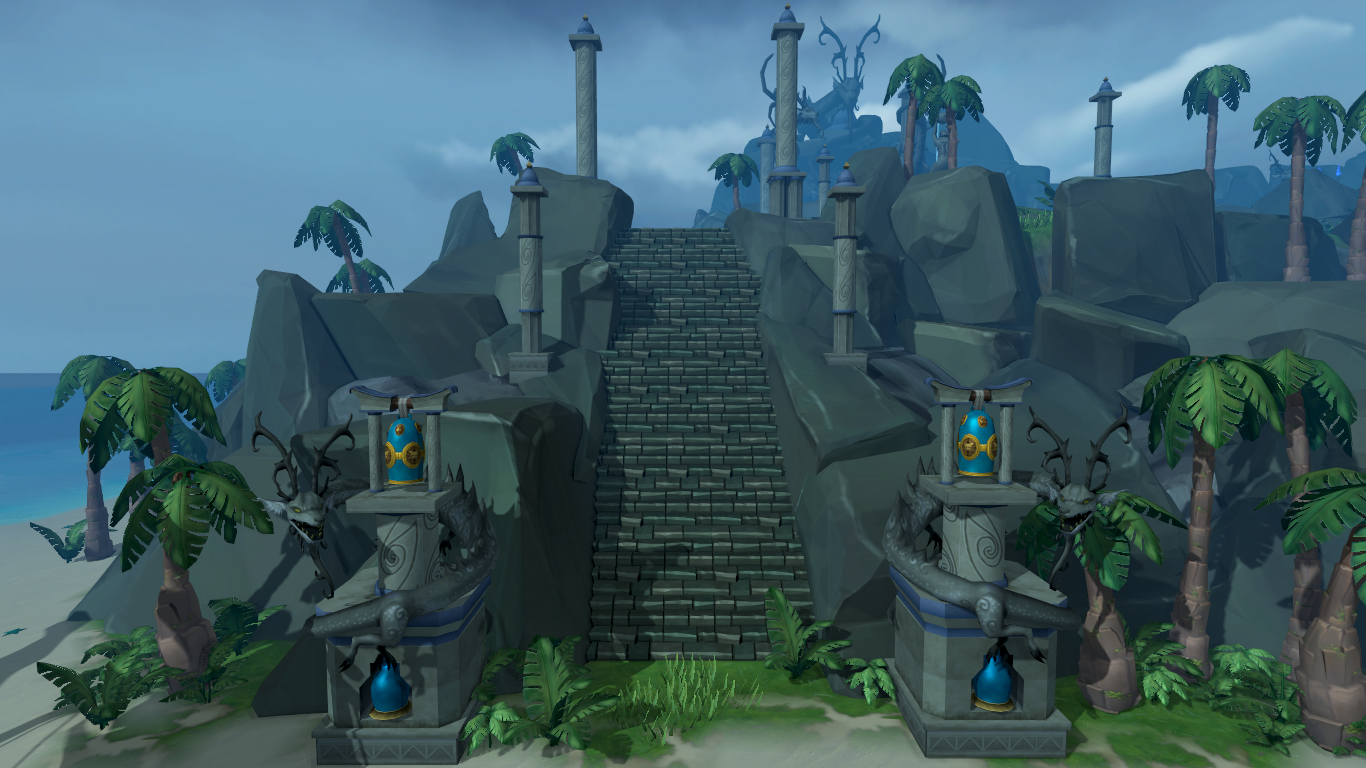 Climb up the stairs and face the challenges that lie in Temple of Aminishi and become a hero! Or rather, loot all and become filthy rich.

There are three bosses in Temple of Aminishi, each with unique mechanics: the Sanctum Guardian, Masuta the Ascended and Seiryu the Azure Serpent.

The first boss of the elite dungeon, Sanctum Guardian is located in the second section of Temple of Aminishi. It uses melee and ranged attacks interchangeably and has to be engaged form the north-eastern corner of its lair. The first player to engage it will be targeted by its purple-colored ranged attacks, which can be evaded but do not deal too much damage and can also be absorbed just to finish the fight faster. After four such attacks the boss will splash dealing a lot of melee damage. Knowing that it does this only after four ranged attacks, you can easily avoid being splashed on. Just keep it in mind that splash has more range to the west of the boss. Another attack that deals a lot of damage is when Sanctum Guardian starts vomiting water all over the place. It starts from around north-eastern part and goes full 360 degrees counter-clockwise. This is the reason you should engage it from the north-eastern side and if every member of the party stands in that spot, this attack is easily avoided. Last, but not least, Sanctum Guardian can place a curse on a selected player. A bar will appear over the player’s head, which when reaches 0, places a 5x5 spot of purple death gas on the ground. This bad purple air deals increasingly more damage over time and should absolutely be avoided or else this relatively easy engagement will turn into a real nightmare.
TIP: you can run away to some more remote spot before the bar reaches 0 to release the noxious gas on some place where it will not get in the way when fighting the boss.

The Sanctum Guardian in all its beauty. Wonder if I can catch it with a lobster pot?

The evil version of the karate kid just with some additional magic powers, this boss uses all three types of combat: melee, ranged and magic. While Sanctum Guardian is quite easy to take on and requires minimum effort to dodge its attacks, Masuta the Ascended is the embodiment of the saying “size doesn’t matter”, because he’s a real tough guy, little when compared to the previous boss.

Masuta the Ascended has three phases. In the first one you need to dodge. A lot. He uses several types of attacks:
He can summon purple gas, which explode after some time .This mechanic is easily avoided.
He can pulverize a player. Before this Masuta the Ascended yells “I pulverize you!” and then uses AoE attack in that player’s direction. This ability is also easy to dodge, but if you pray melee you don’t even need to do that.
Probably the most dangerous of his attacks is the spinning attack. This one deals some serious melee damage which increases with each hit, so be careful. This one requires more attention to dodge, but is doable.
In the second phase you’ll have to deal with Masuta the Ascended’s minions rather than him, since he goes invincible during this phase. Instead of fighting you directly, he summons thrashing water mobs which are rather easy to kill but can do some serious damage if you become careless. The key here is to kill all those minions and be close to them before they die, so you can get a “Calm Waters” buff which will help you a lot during the third phase: it reduces the amount of damage you take from their master, each stack gives you 5% damage reduction.
In the third phase Masuta the Ascended uses ranged attacks in sequences of 3 to 5 and then he jumps and slams the ground releasing a huge wave of purple water. This attack can deal a lot of damage, but if you’ve done your homework during the second phase and now have 70% damage reduction, you don’t have anything to worry about. But if your buff is only around 35% or 40% you should watch out, since this attack can deal a lot of damage. 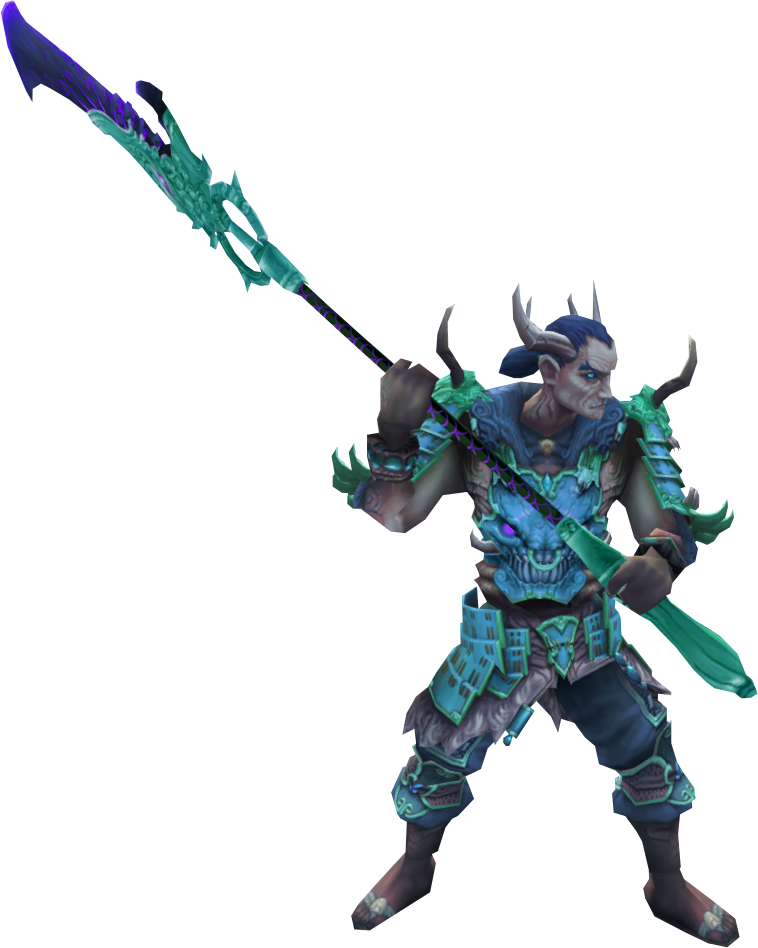 Masuta the Ascended is a strong foe and you would do well to keep away from him, but not too far away.

This one’s bad serpent doesn’t mess around and is the reason why some of the players only complete this dungeon in the story mode. Indeed, this boss deals heavy damage as is expected of the last boss and requires a lot of patience, especially if you decide to solo it.
Seiryu uses a mix of basic attacks and abilities. It has a wider array of abilities up its sleeve than other bosses and they can cause you much pain, unlike basic attacks which are, well, basic.
Purple fire stream
I know you might be sick already from all the purple in this dungeon, but this one beats all other purples hands down – Seiryu launches it quickly and the stream breaks apart on impact and splits into two smaller streams. If you’re soloing it you will probably have to avoid standing in the point of impact, but for those who have friends: be careful, this ability can damage you even if you weren’t hit initially.
Sneaky tail
During the fight Seiryu’s tail is shadow-injected into the floor. Once a shadow appears under a player, that player would do well to move from that area or they will go six feet under.
Dragon breath
The usual thing with dragons and sometimes serpents apparently, this attack will require you to use defensive measures rather than try and dodge it since it’s very wide and relatively quick.
Shadow arms
This is a bit weirder one. This attack begins with your screen turning blue (probably Jagex thought it was funny to exploit peoples’ fear of blue screens). An arrow appears both on minimap and screen itself for all players, indicating a tile. Once this black energy reaches the tile, shadowy arms will reach out for players and damage them. Standing on the tile will prevent these arms from spawning for that player.
Bored
After a certain amount of damage is dealt to Seiryu, he will pass out, giving you the opportunity to jump on his back and damage crystals. During this time, several black blobs will spawn, which heal Seiryu once they reach the serpent. What you want to do is jump back on the floor and kill them. To make it faster you can wait for six of black blobs to spawn and kill them all at once. After some time you will be forced back on the floor again and will have to repeat everything over. Your goal is to break all the crystals thus freeing Seiryu and completing the dungeon.

Seiryu, the Azure Headache of many adventurers requires patience and some serious dodge tactics.

TIP: if you wish to only farm XP and tokens and have no need for loot, you can farm the first two bosses. You need only to kill the Sanctum Guardian, Masuta the Ascended and the restart the dungeon and repeat the whole process over again. This well get you around 150 to 200k tokens and anywhere from 1m to 2m XP, depending on how skilled you are.

We hope you will find this post useful and this will help you farm all the valuables inside way faster and in a more efficient way. In case you it happens that you don't know what to do with all that gold you can turn it into real money by selling your runescape gold to us. Unlike the alchemists of middle ages, we deliver!