At last the long-awaited conclusion to the trio of Elite Dungeons, the Shadow Reef. A third installment of this new feature, previous two being the Temple of Aminishi and the Dragonkin Laboratory. If you haven’t played those, grab some RuneScape gold and gear up to face the challenges! You can enter each of the dungeons without previously completing any of them, but if you are a lore freak or wish to overcome every challenge that’s thrown at you, you will want to complete them all. In this blog post we will be reviewing the third Elite Dungeon: what challenges lie in the depths of the Shadow Reef and how to tackle them.

The first part of the dungeon is essentially a warm up and is pretty simple: you run and kill everything in your path. There are no powerful enemies to defeat, no super cool loot to collect. The only ones you have to watch out for are Crassian scouts – they deal a lot of damage if you do not respect their presence, so please do and eliminate them at the moment you spot them. Same goes for the necromancers you will meet in your way. The miniboss Bossy McBossFace is also pretty easy to deal with: only thing to remember is to kill the adds he spawns quickly so that you do not make this encounter harder than it has to be. 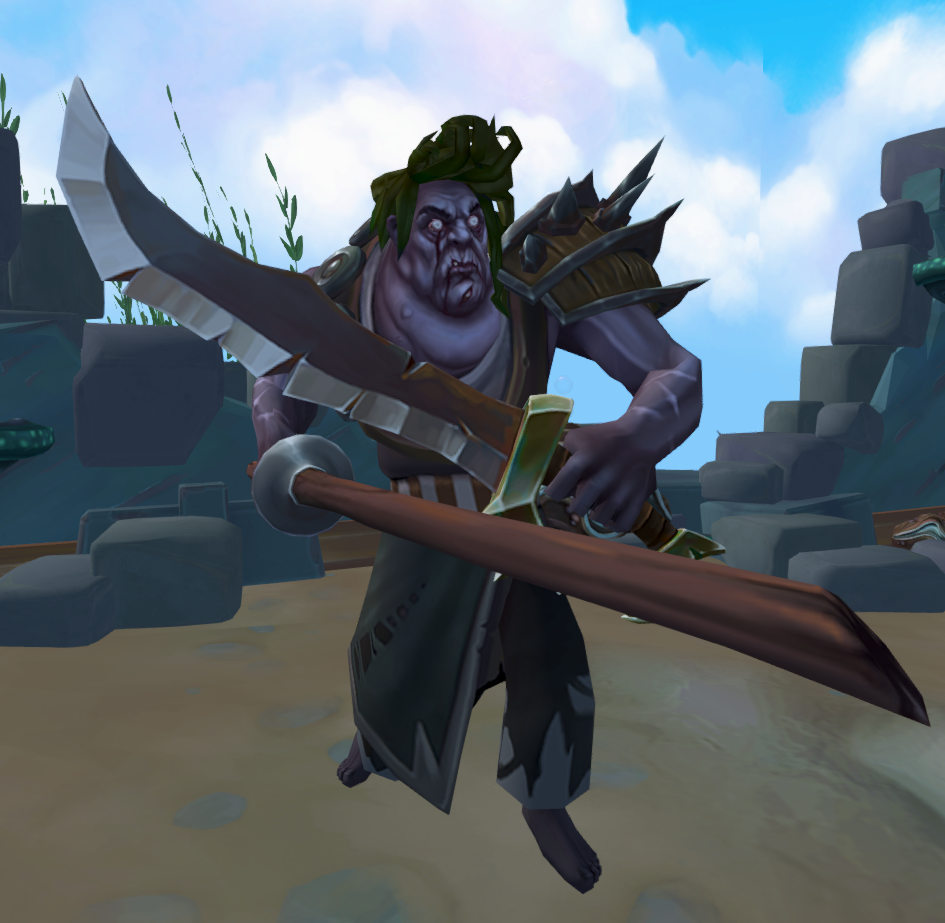 Crassian Leviathan is the first boss you will encounter in this dungeon. The encounter itself is simple enough, just remember not to stay in front of it or you will be dead. Or almost dead. Crassian Leviathan will spit green goo at you which is basically a one-shot so you should get to the either side of the boss. Now being on the side will save you from the green fire goo thing and also melee attacks, you will still need to pay attention to the fight. Crassian Leviathan will lunge out of its hole and will drag its head across the area. This attack will also one-shot you and you will need to react fast and surge to the other side quickly. The boss chooses the side it will attack randomly, but you can see which side it chose from the animation and this will give you some time to react.

Crassian Leviathan encounter is pretty simple if you stay out of the middle and react once it begins it’s head dragging attack. Once you defeat the boss, head through the hole in the ship the boss was in and move on forward. This eel on steroids will not electrocute you, instead it will use it's weight to turn you into a pancake

After defeating Crassian Leviathan just follow the path. If you are in a rush, you can ignore Crassian Warriors and Crassian Scouts. To lift the barriers you need to kill the mobs that are linked to them and these are scuttlers and the zealot. After clear the zombies and the first necromancer in your path together with his adds. Once inside the temple you can either kill the three armored zombies or the two necromancers along the way.

Once you are inside the temple you will need to kill the necromancers guarding the doors and activate artifacts in both rooms. After that, head to the bridge. Using protect or deflect missiles is recommended during this stage as you will be attacked by archers from above the bridge. You will need to kill the necromancer on the other end of the bridge as well as his two sea horror guards. When you are done on the bridge, head west and kill three Enlightened Sotapanna to lift the barrier. You can ignore or kill the mobs on your way to the last barrier. Once you kill the guards you can bank if you need to and it is recommended, because next comes another boss. In case you are not in the rush, however, visit all the rooms and see what they got in store for you! 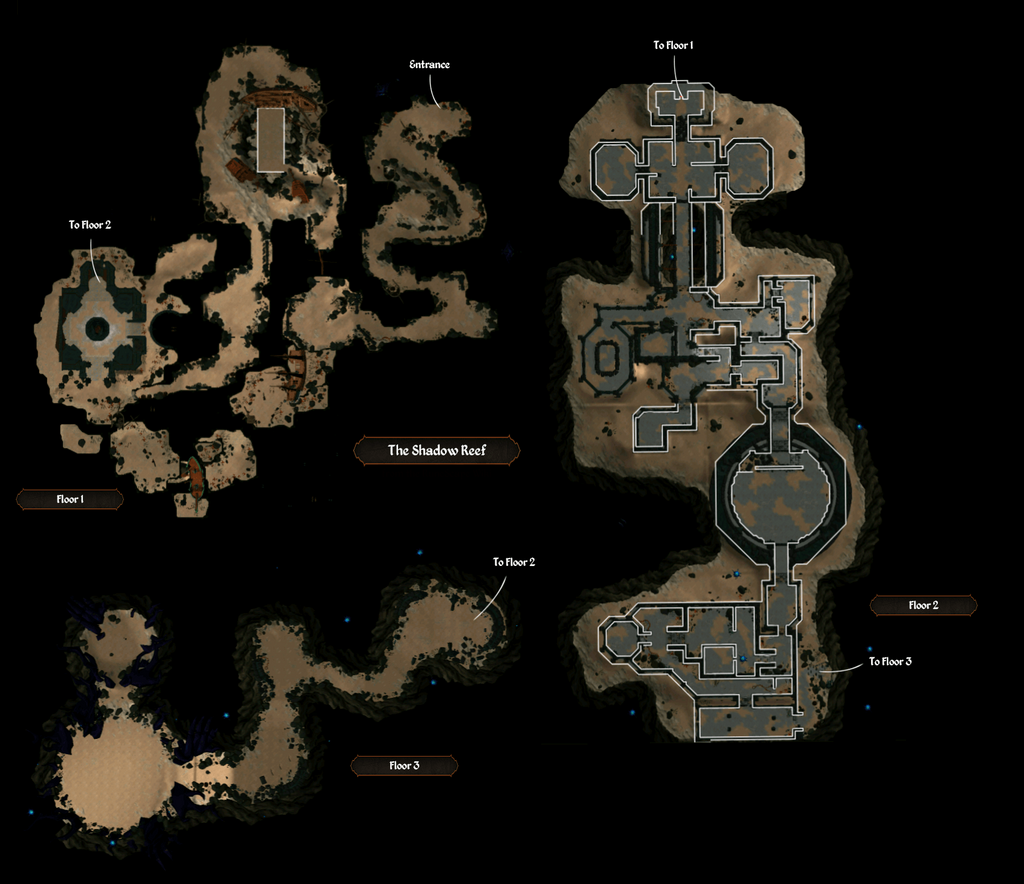 Taraket the Necromancer puts up more challenge than the previous boss (duh). Due to him being a necromancer, which means he wields magic, adventurers are recommended to use protection from magic. The damage from his fire balls really adds up since he’s constantly hurling them at the intruders. However, ability to set his opponents on fire is not the only trick up his sleeve: Taraket the Necromancer also does what necromancers are well known for doing which is raising the dead. The boss will spawn a rift which will bring forth his undead minions. You should focus on the rift and once you damage it enough the undead will cease to appear. 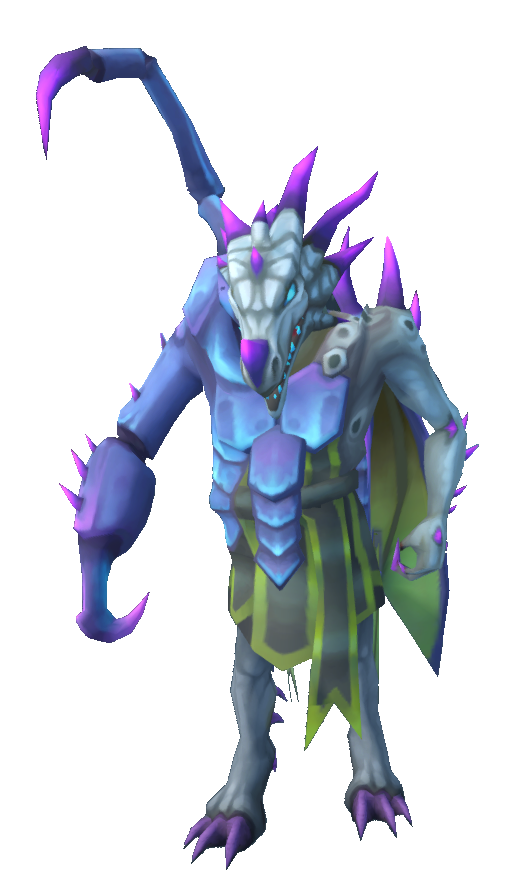 The next aide Taraket the Necromancer calls to his aid is called “Bloated monstrosity” and it lives up to that name. This mob does not have special mechanics, but will take some time to take down. His dead meaty body can really take the punishment. At this point Taraket the Necromancer will switch to range mode, so adjust your defensive strategies accordingly. 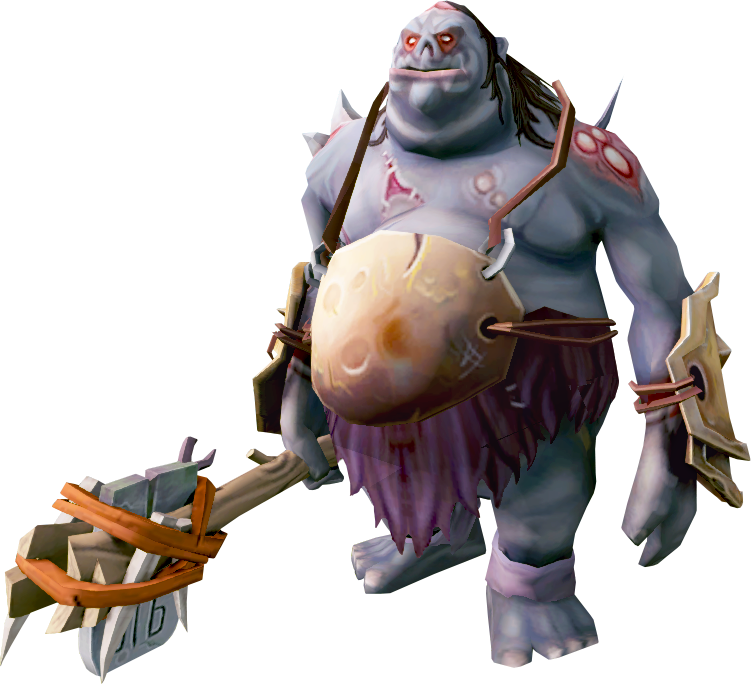 Bloated and monstrous and an ideal mermaid repellant

After you deal enough damage the boss will once again change his tactics, getting a heal, becoming invulnerable and spawning another friend for you to play with called “Corpse carrier”. The deal is the same as before: do damage and avoid getting damaged. After the big guy falls hard, focus once again on the boss and the rifts that he will spawn. 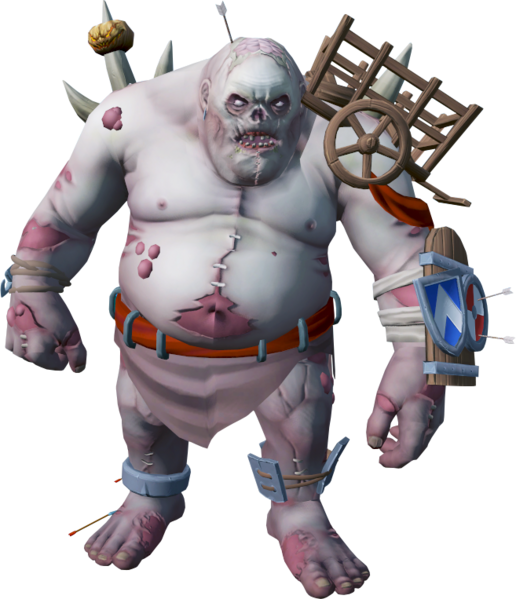 Carrying groceries by yourself does miracles

“I am the master of death” is a phrase you should look out for. Once Taraket utters these words, he will spawn a wall of ghouls which will make your healthbar disappear if you stand in their way. It’s easy to avoid, though, because they are really, really slow. From this point on it’s rinse and repeat.

Getting to the Ambassador

After you defeat Taraket the Necromancer a barrier will lift up and you will be able to proceed. The mobs you will encounter will be the same as the ones you met previously except for Kal’gerion demons. To lift the first barrier you will need to kill Undead Witch and her zombie minions. Then kill the Kal’gerion demon you meet, since other mobs are not linked to the barrier. After that look for two necromancers which are linked to another barrier and then kill the remaining necromancers and jump into the abyss.

In the abyss you will need to kill all enemies near the barrier. Stay close to the wall to avoid aggroing minibosses or kill the minibosses before engaging the last boss. You will be able to use bank at this point, so make sure to use this opportunity, if necessary.

The first mechanic you will encounter is Kranon marking a single person in the team. Later, a loading bar will appear over the player and once it reaches zero the all too familiar purple smoke will spawn at the player’s location. Run away before you suffocate.

The second mechanic is unstable rifts. Use your stun ability on a rift to close it. If left unchecked, the rift can deal excessive damage.

Show this sinister shrimp what polluting the oceans gets you

For his third move, Kranon the Ambassador unleashes blue rays of death. There are three of them and they split the whole room into three parts. The rays will move counter-clockwise and will deal high damage. Staying in the gaps between the rays is safe. While you’re running counter-clockwise from beams of death, you will need to destroy sinister fragments. Any sinister fragments you fail to destroy will be used by the boss against you. Kranon the Ambassador will take these fragments and then detonate them dealing damage in proportion to fragments used. While a single fragment can be ignored, leaving more can kill all players in the party. This mechanic can be avoided if you deal enough damage after the second phase.

If you manage to deal enough damage, Seiryu the Azure Serpent will appear. Yes, the same Seiryu you fought against and then saved back in the Temple of Aminishi. Seiryu will not only heal all the players, but will also kill any adds that Kranon the Ambassador spawned. A ring of deathly arms will reach out from the ground at this point. They cannot be interacted with and will periodically heal Kranon. At this point Kranon will rotate previously mentioned mechanics and will add a new one to his arsenal where he calls out a player’s name: once this happens, the player in question will receive a lot of damage and should use protect from magic or some other defensive ability to prevent this from ruining their day.

And that’s it: finish off the evil ambassador and collect your rewards, which we hope you will get plenty of and will maybe decide to cash in your profits by selling gold.